Frank McAvennie bemoans West Ham allowing Albian Ajeti to join Celtic and claims the striker would have scored “at least 10 goals” this season for David Moyes’s side.

Speaking exclusively to Football Insider correspondent Dylan Childs, the Irons and Hoops legend is adamant that the 23-year-old would have scored against Arsenal last weekend if he started up top.

Ajeti was a late substitute in Celtic’s Europa League qualifier win against Riga tonight, and has scored four goals in five league appearances since he arrived at Parkhead in a near-£5million deal from the Irons earlier in the window.

He failed to score in his 12 appearances for the Hammers but only started on three occasions with Sebastien Haller and Michail Antonio preferred to lead the line.

McAvennie has been blown away by the start the Switzerland international has made in Scotland and could not understand why he was not afforded more opportunities at the London Stadium.

“I never knew about the boy Ajeti when he was at West Ham,” he told Football Insider.

“He is scoring goals in Scotland and I am thinking, ‘Why would he not get a chance down there?’

“He is just a poacher and that is exactly what West Ham need. I know they say in today’s game it is all about hard work but you can do as many or as little runs as you want if you score goals and he is. 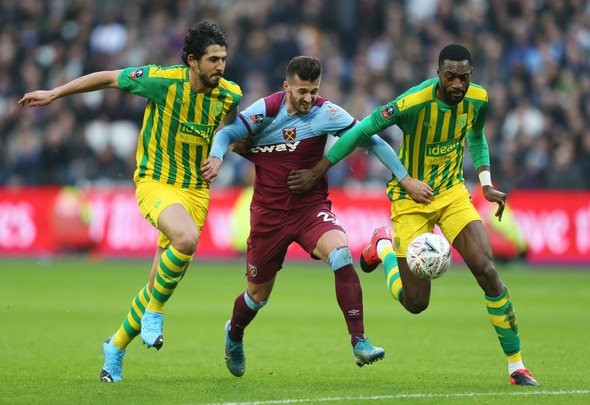 “I cannot understand why West Ham let him go. There were so many chances against Arsenal and he would have notched one against them.

“Listen, he is at Celtic now and getting goals. I am sure he would have got at least 10, 11 goals a season at West Ham.”