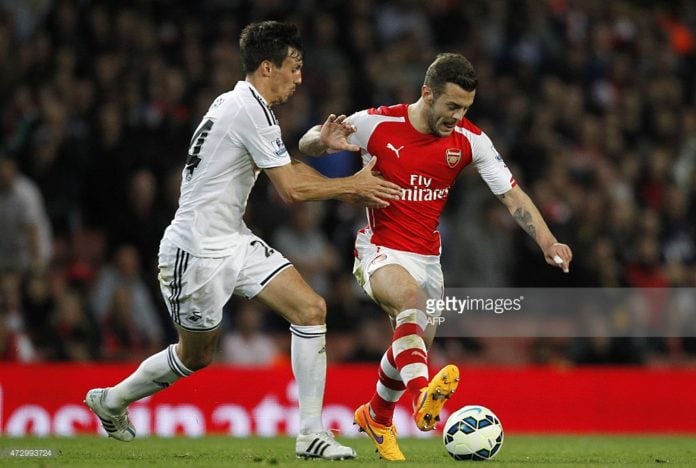 The Gunners are ready to begin negotiations about extending Wilshere’s deal even though his current agreement has three years to run.
Football Insider revealed last month that Arsene Wenger retains full faith in the Gunners talisman despite the series of serious injuries that have stalled his progress since his breakthrough 2010-11 campaign.
Manchester United and Manchester City are among the clubs monitoring Wilshere’s situation but Arsenal do not want to cash in on the midfielder, who turned 23 earlier this year.
Wilshere has made just 18 Arsenal appearances this season, two of which have been as a substitute after making his comeback from the ankle injury that had sidelined him for nearly six months.
The 23-year-old will be seeking a deal that lifts his current £90,000-a-week package in line with fellow midfielder Aaron Ramsey, who signed a £110,000-a-week contract 14 months ago.

Ramsey was given a big pay rise on the back of an outstanding season and even though his original deal, which was announced in December 2012 at the same time as those of of Wilshere, Alex Oxlade-Chamberalin, Kieran Gibbs and Carl Jenkinson, already had four years left.
Arsenal will also look to tie Wilshere down beyond 2018 and demonstrate their commitment to a player Wenger regards as a key figure in the team’s long-term plans.