Paul Robinson has tipped Aston Villa to sign Pepe Reina permanently this summer after a successful loan spell in the West Midlands.

The former England number one, speaking exclusively to Football Insider correspondent Dylan Childs, claimed that Dean Smith would be confident going into next season with Reina, 37, playing understudy to Tom Heaton.

Calcio Mercato have reported that Villa have offered the Spanish shot-stopper a two-year contract worth £1.8 million-per-season. 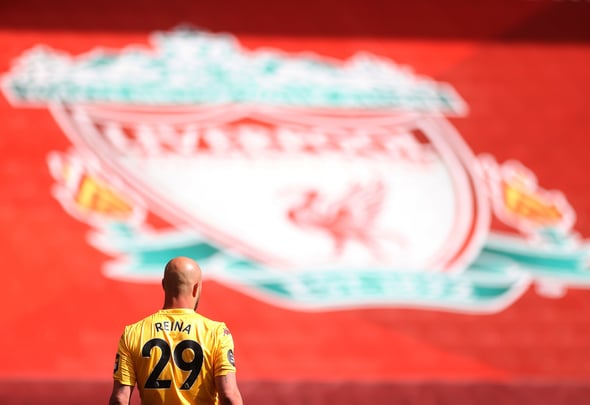 Reina, who made 12 Premier League appearances last term in the absence of the injured Tom Heaton, has one year left on his current deal at AC Milan.

Robinson heaped praise on the former Liverpool player and suggested he could play a key role behind the scenes at Villa if signed.

“He would be a very astute signing,” he told Football Insider.

“I said when he came in that he would prove to be a very clever signing because he is a top-class goalkeeper.

“He is coming to a stage in his career, as I did at Burnley, when you have to accept a number two role, almost a mentor if you like. He can have a relationship with Tom off the field and can Tom can learn from him as well as his coach.

“Reina has been there and done it at all levels and should anything happen to Tom, injury or suspension, he has proved he is more than capable of stepping in. Dean Smith would be very comfortable going into next season with Tom as number one and Pepe as number two.”

When asked about his future last month, Reina said: “I still have a good two years of my career left, and that’s what I will try.

“In football, one day you can say one thing, and then the following week you are in some other place.”

In other Aston Villa news, Michael Brown has told Football Insider that Jack Grealish wants to stay at Villa Park this summer.