Paul Robinson has tipped Aston Villa to enter the transfer market for an proven goalkeeper after Tom Heaton ruled himself out of the first few games of next season.

The former England number one, speaking exclusively to Football Insider correspondent Dylan Childs, claimed that the news was a “big blow” especially with Pepe Reina closing on on a move to Serie A giants Lazio.

Villa number one Heaton, 34, revealed last week that he would not be available for selection for Dean Smith’s side until after the first international break in mid-October. 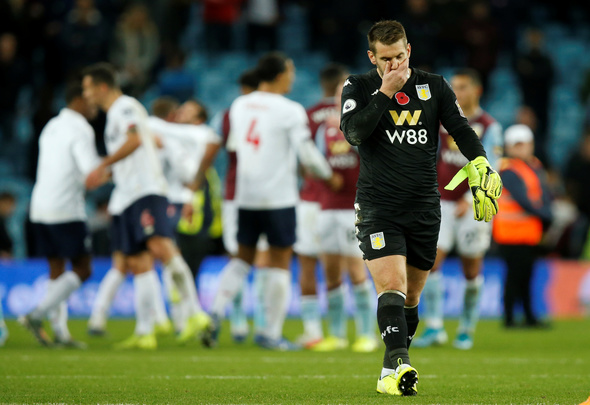 An anterior cruciate ligament injury has kept him sidelined since New Year’s Day.

Smith signed former Liverpool keeper Reina on loan in January to temporarily replace Heaton but he is now closing in on a move to Lazio, according to Sky Sports.

Robinson suggested that the Claret and Blue may have been in for new Spurs signing Joe Hart.

“It is a big blow because Villa missed him,” he told Football Insider.

“They brought Pepe Reina in but it looks like he is now going to sign for Lazio, unfortunately. That is now a quality number two goalkeeper that they will miss.

“They will have to go into the transfer market because if Tom is missing they only have Nyland as a back up. They need to strengthen, whether that be temporary or permanently.

“They need to find someone of Reina’s ilk, someone with similar experience and I would not have been surprised if they were interested in Joe Hart.”

When speaking on his return from injury, Heaton said: “The start of the season has unfortunately come too soon.

“At the moment I have my eyes set on that (Leicester City on 17 October). Whether the medics agree I am not so sure. But I think that certainly gives me enough time, eight-and-a-half weeks from now.”