Alex Bruce believes Celtic defender Greg Taylor will go from “strength to strength” if he is given a run in Neil Lennon’s side.

Taylor impressed during Celtic’s resounding opening day victory over Hamilton, setting up the Hoops’ first two goals as the Scottish champions cruised to a 5-1 success. 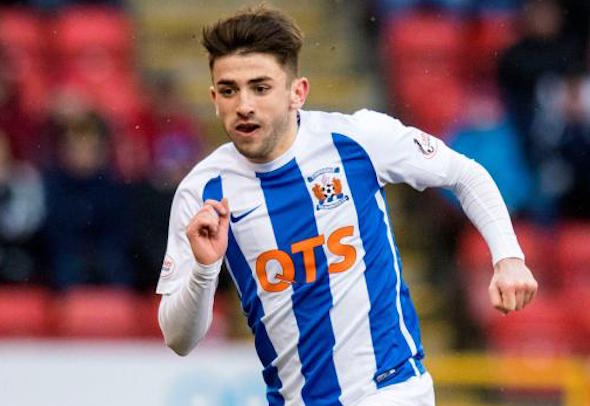 And Bruce believes Taylor’s performances will only continue to improve, given Neil Lennon affords him some game-time.

“It makes you improve and I’m sure Greg will go from strength to strength.

Taylor impressed during his time at Kilmarnock, racking up over 100 appearances for the Scottish Premier League outfit.

This prompted Celtic to hand him a four-year-deal in September last year. First team appearances came at a premium for left-back however, as he only managed 12 league appearances for the Glasgow giants.

Despite a strong display on the opening day, Lennon could be forced to axe Taylor for Celtic’s visit to his old club Kilmarnock.

According to a report in GlasgowLive, Taylor is struggling with an ankle problem, which could bring Boli Bolingoli into the equation or force the Hoops manager into a tactical reshuffle.

Celtic will be looking to continue their 100% winning start to the season, as they chase a historic 10th consecutive title.

In other Celtic news, McAvennie has told Football Insider departures will be needed before if “wonderful” midfielder is to be signed from Premier League side.