Darren Bent admitted that he feels sorry for West Ham attacker Sebastien Haller with him struggling for goals.

Speaking exclusively to Football Insider correspondent Laura O’Leary, the ex-Tottenham striker shared that while Haller could be stronger on the ball, his teammates aren’t doing enough to help him score.

Hammers manager Manuel Pellegrini opted to drop the Frenchman from his starting line-up for the clash with Chelsea on Saturday but he did end up playing 14 minutes of his side’s 1-0 win. 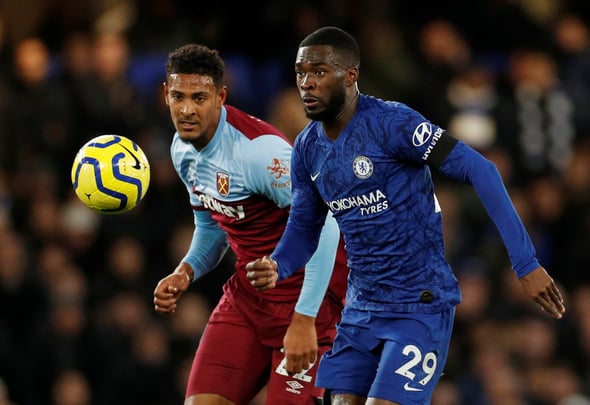 Bent explained that Haller reminds him of Premier League legend Didier Drogba as he pointed out the ex-Chelsea star didn’t hit the ground running when first arriving at Stamford Bridge.

When asked if Haller is completely to blame for his lack of goals or if his lack of service is to blame, Bent told Football Insider: “At the minute he kind of reminds me of Didier Drogba when he first came over here.

“Like he was getting pushed over and people were questioning whether he had what it takes and it was like one day Drogba woke up and thought you know what I’m not letting this happen and we obviously saw what he turned out to be.

“With Haller, I do feel sorry for him a little bit as he can be stronger but at the same time, he’s probably getting a bit frustrated.

“Cause he went to West Ham, they were creating chances, and I thought they had finally found a centre-forward who could score goals consistently, and it’s not happened because they’ve stopped creating chances.

“They’ve gone away from what was making them successful at the start of the season, so I don’t put all the blame on him, but yeah he has to put some onus on his own performances, but at the same time, I don’t think some of his teammates have helped him.”

Drogba ended up scoring 104 goals in 254 Premier League outings, with him winning the league’s Golden Boot award on two occasions.

Haller has so far got four Premier League goals to his name, but the 25-year-old hasn’t scored in his last six outings.