Speaking exclusively to Football Insider assistant editor Russell Edge, the former Spurs and England striker claimed the Foxes are a “fantastic advert” for how to run a football club.

Radrizzani revealed last week to Italian outlet Sports Pro Media, as reported by the Yorkshire Post, that he is an admirer of Leicester’s model.

He said: “My model in football is Leicester; I think they have a good model, they run the club very well.

“That’s what I aspire to do but also with the acknowledgment that Leeds United, with all respect [to Leicester], is a much bigger brand internationally. It’s a big club.”

Asked by Football Insider what he made of the Italian’s plans for the Yorkshire giants, Bent said: “I love what Leicester have done over the last couple of seasons, I think Leicester have been absolutely superb.

“From recruitment to the way the club’s run.

“They are an absolutely fantastic advert for how you do things and that’s probably why they’ve done so well, you have to say they’re well placed.

“We know they suffered the tragic loss of their owner which was really, really sad.

“But as a collective unit they have an absolutely superb squad so there’s no surprise that Leeds have looked at the way they’ve done it.”

Radrizzani invested heavily in Leeds’ playing staff during the summer transfer window including the capture of record signing Rodrigo from Valencia.

In other Leeds United news, Danny Mills has revealed what he believes is the real reason Bielsa dumped Pablo Hernandez. 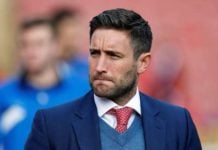