Darren Bent has admitted he was surprised Leeds United did not sign West Ham loanee Said Benrahma in the summer to replace the ageing Pablo Hernandez.

Speaking exclusively to Football Insider assistant editor Russell Edge, the former England striker claimed Hernandez will “struggle” this season because time is catching up with him.

The 35-year-old has started just two Premier League games this season and has not made a matchday squad since Leeds’ 4-1 defeat to Leicester City at the beginning of November.

The Spaniard reacted angrily to being substituted against the Foxes and was left out against Crystal Palace the following week.

Marcelo Bielsa then revealed he missed the visit of Arsenal and trip to Everton with a muscular injury which he is still struggling with.

Asked if he was worried time was catching up with the 35-year-old, Bent told Football Insider: “I am, yeah.

“I mean for me, it made sense when they were getting linked to Benrahma, I thought: ‘Okay, that’s a direct replacement for Hernandez,’ because he is getting on in age.

“Maybe he can’t do the same things he used to be able to do so it made sense to me but the fact they didn’t do that, I was like: ‘Hmm, okay.’

“Hernandez, we know he’s got great quality on the ball, great, great quality and can make things happen for them but the fact that obviously, he’s getting on in age, the game’s get a lot quicker, players are a lot more athletic, he was always going to struggle because obviously, mother nature catches up with everyone.” 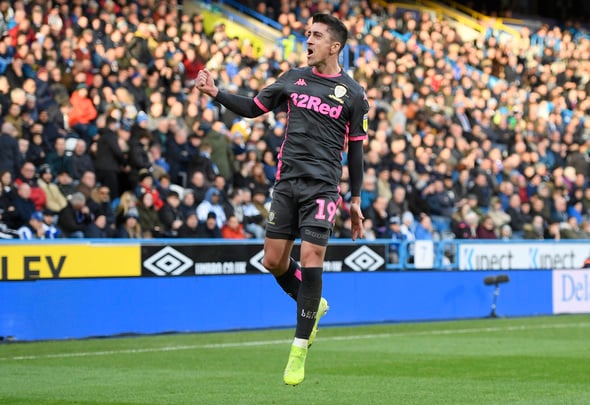 Benrahma joined West Ham on a season-long loan from Brentford in October for £5million with an obligation to make the transfer permanent for £20million.

The Algeria international has already provided two assists for the Hammers in 63 minutes of Premier League international.

In other Leeds United news, Football Insider can REVEAL an ever-present is a major doubt for the trip to Chelsea after missing training.