Steven Fletcher would be a “good signing” for Celtic this summer, according to Michael Brown.

The former Premier League defender, speaking exclusively to Football Insider assistant editor Russell Edge, believes the Scotland international could prove to be a real threat for Neil Lennon’s men in their push for the Premiership title.

As reported by broadcast reporter Alison Conroy, Lennon told the media that transfer talks with Fletcher had come to an end but that he had not ruled out making a move for the 33-year-old.

In other Celtic news, talks ongoing with Ajeti but Neil Lennon says he wasn’t in Glasgow yesterday. Talks with S Fletcher have stopped, but he’s not ruling it out completely

The former Hibernian star is currently a free agent after he turned down the opportunity to sign a new contract at Sheffield Wednesday this summer.

He has already scored 39 goals in 132 Premiership appearances after his time at Hibs, while he netted 10 times during his 33 games for Scotland.

Brown believes that Fletcher would be a welcome addition to the Celtic squad if they can adapt their game to ensure his quality shines through.

Brown told Football Insider: “If you play to his strengths then he’s a threat, we’ve seen how good he can be at that.

“These are experienced players that Neil Lennon knows well and I think that would be a good signing for them this summer.” 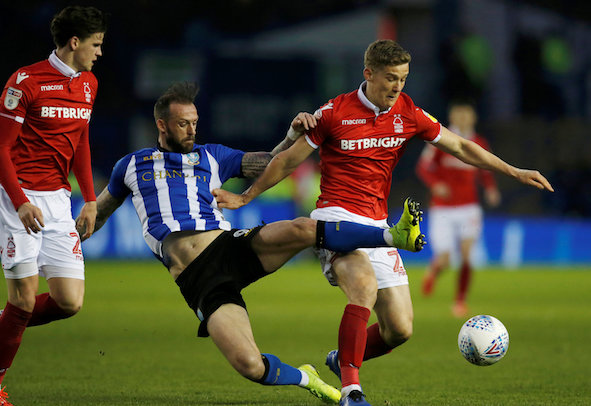 Fletcher netted 13 goals in 27 Championship appearances last season, although only one of those goals came since the turn of the year.

He is well known by Celtic captain and midfielder Scott Brown, the pair having played alongside each other 56 times for both club and country.

In other Celtic news, the door has opened for rivals to hijack a striker move after the Hoops tabled a bid.