Alex Bruce claims Celtic will have no trouble tying Ryan Christie down to a new contract at Parkhead after Neil Lennon revealed the club’s plans.

The former Kilmarnock defender, speaking exclusively to Football Insider assistant editor Russell Edge, believes the prospect of 10-in-a-row and more silverware will be enough to convince the 25-year-old to commit.

As quoted by the Daily Record, Lennon has confirmed his desire to tie Christie down to a new, long-term deal and that talks are scheduled to start “soon”.

Bruce believes that Christie is among the most influential players at Parkhead and that the Bhoys should find it relatively easy to get him to sign a new deal ahead of a potentially historic season.

Bruce told Football Insider: “He’s one of their main players in my opinion – him, McGregor, Scott Brown, Edouard – these are the kind of lads they want to tie down.

“He falls into that bracket, he’s one of their key players so I can understand why Lenny wants to keep hold of him.

“10-in-a-row is something that a lot of players at Celtic will want to do, especially homegrown players where the club means a lot to them.

“I think with foreigners sometimes it can be a little bit different but when you’re homegrown or you’re a Celtic supporter, you’re from the area, you can understand fully that achievement.” 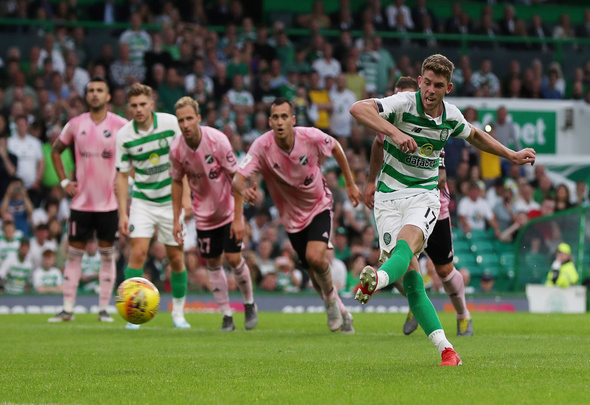 Christie scored 19 goals and contributed a further 16 assists across all competitions this season, helping the Bhoys to sit on the brink of another domestic treble.

He joined the club from Inverness Caledonian Thistle and has played 94 times for the Glasgow giants since.

In other Celtic news, Frank McAvennie has revealed he has spoke to Christie’s dad about Ryan’s future.