Leeds United could pull off a “coup” by signing San Lorenzo and Argentina striker Adolfo Gaich this summer, according to Alex Bruce.

The former Leeds defender, speaking exclusively to Football Insider assistant editor Russell Edge, has warned of the perils of signing unproven talent but believes the Whites could unearth a gem in the 21-year-old.

As revealed by Football Insider earlier this week, Leeds have identified Gaich as a potential target this summer after his performances in his native Argentina. 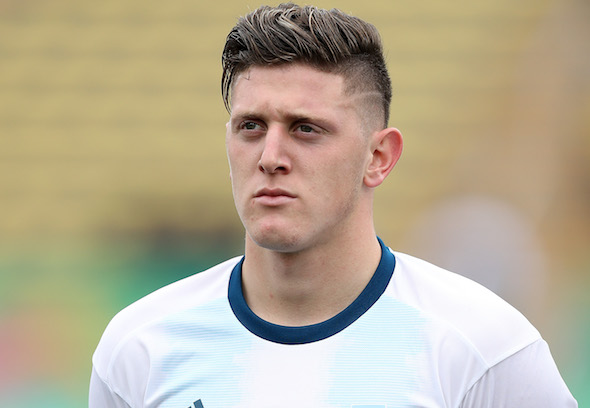 The centre-forward has a year left on his contract at San Lorenzo with a £12million release clause in his terms.

Bruce singled out Birmingham City flop Luciano Figueroa as a warning for Leeds, but suggested Gaich’s price tag could make him a savvy signing.

Bruce told Football Insider: “If he’s an Argentine international then he can’t be too bad but playing in Argentina, we’ve seen players like it before.

“There was a famous one my dad signed at Birmingham (Figueroa) who was an Argentine international and a centre-forward.

“David Sullivan was desperate to sign him, came with a good pedigree, he (Sullivan) thought he would come do really well and he didn’t quite hit the heights. He turned out to be a bit of a flop.

“It’ll be an interesting one – they do need proven Premier League players but, I know it sounds daft, for a £12million player in the Argentina squad, it might not be a bad coup.”

Despite scoring 10 goals in 15 games for Argentina, Figueroa played just once for Birmingham before leaving the club.

Gaich meanwhile has one cap to his name, having scored seven goals in 27 appearances for San Lorenzo.

In other Leeds United news, a major Augustin update can be REVEALED after Thorp Arch developments.