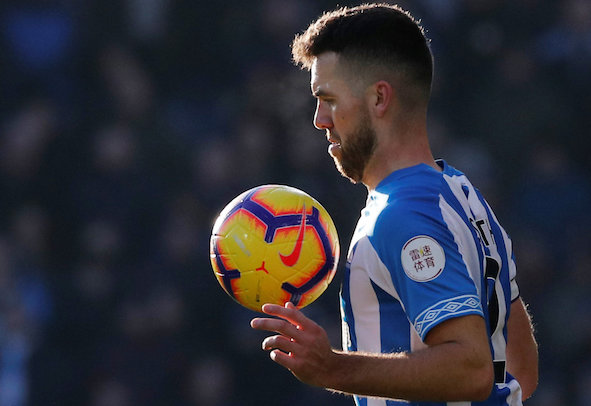 Celtic have made an approach to sign Huddersfield Town skipper Tommy Smith, Football Insider can reveal.

The Scottish giants are looking to steal a march on Stoke City in the race for the right-back as they aim to overhaul their full-back positions this summer.

A Celtic source has told Football Insider the club have registered their interest in Smith and are now ready to follow up with a firm bid.

Football Insider revealed earlier this week that Stoke manager Nathan Jones is a big admirer of the 27-year-old and has made him one of his priority targets this summer.

The two clubs believe a deal can be done for Smith following Huddersfield’s relegation from the Premier League.

Celtic are in the market to sign multiple full-backs this summer following the exits of right-sided trio Mikael Lustig, Cristian Gamboa and Jeremy Toljan, and the increasingly possible departure of left-back Kieren Tierney.

The Hoops would have the cash to meet Huddersfield’s £3million asking price for Smith if Arsenal succeed in their pursuit of Tierney.

Smith has extensive Premier League and Championship experience, and has been a key player for Huddersfield since joining in 2012 after his Manchester City release.

Smith ended last season as the first choice right-back at Huddersfield after being on the fringes of the starting XI for the first half of the campaign.

His contract with the Terriers runs until the summer of 2020 and the club are braced for bids in the coming weeks.

In other Celtic news, it can be REVEALED a deal is all but done as player agrees £12,000-a-week move to Parkhead in deal that includes pay-rise clauses.