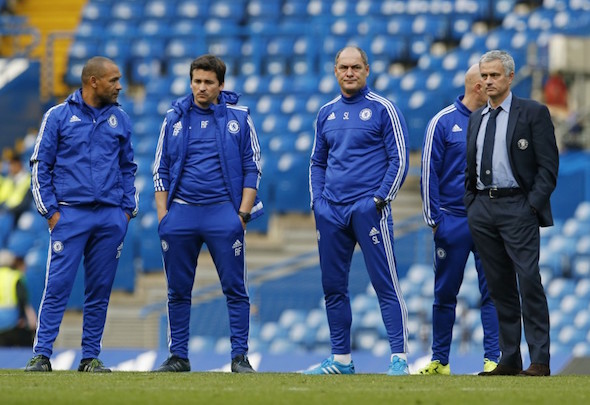 By Editor Wayne Veysey
Chelsea are planning a major clear-out of underperforming stars next year, Football Insider sources understand.
At least six players are set to be shipped out and replaced in a drastic overhaul of the team that won the title by eight points just months ago.
John Terry, Branislav Ivanovic, Oscar, Radamel Falcao, John Obi Mikel and Loic Remy could all leave, while the futures of star men Eden Hazard and Diego Costa are also in doubt.
Jose Mourinho has persuaded owner Roman Abramovich and the club hierarchy that a shake-up of the squad is needed to drag them to the next level.
Sources have said that Chelsea will not sack Mourinho during the international break and have pledged to stick with the under-fire Portugese following fresh discussions between the two parties.
Abramovich and Mourinho have spoken to discuss the factors behind the team’s wretched form and the manager has expressed his dissatisfaction with the players at his disposal.
There will now be a major overhaul of the squad next year, firstly in the January transfer window and then again next summer.
Terry and Ivanovic, 34 and 31 respectively, could be two high profile departures. They are in the final years of their contracts and have been well below-par this season.


Mikel and Remy are high-earning fringe players, while striker flop Falcao is on a season-long loan from Monaco and has showed little signs of the form that once made him one of the most-feared front men in Europe.
Mourinho is not convinced Oscar is ideally suited to the rigours of English football and would sanction a sale if Chelsea’s £30million-plus valuation was met.
It is the futures of Costa and Hazard that will generate the most attention. The controversial striker has not settled in England and is hankering after a return to Spain, while Hazard is being monitored by Spanish giants Real Madrid and Barcelona.
Mourinho’s job has been left hanging by a thread after a catastrophic start to the season that has left Chelsea rooted in 16th in the Premier League table.
Saturday’s 1-0 defeat at Stoke was the champions’ seventh league defeat of the season and their third in a row following reverses at the hands of Liverpool and West Ham.