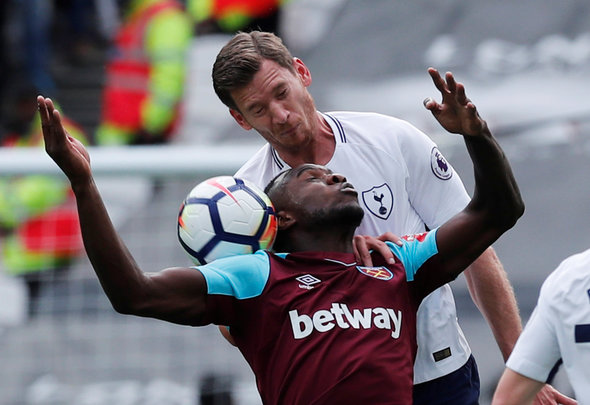 Crystal Palace are ready to rekindle their interest in West Ham United attacker Michail Antonio by making a fresh swoop ahead of the January window, Football Insider sources understands.

Palace tried to sign Antonio in the summer, but were unable to strike a deal to bring the player to Selhurst Park from their London rivals.

A well-placed source has told Football Insider that Eagles boss Roy Hodgson is a big fan of Antonio and he likes his versatility in that he can play anywhere across the frontline.

Palace are desperate to bolster their attacking options in January as they are among the lowest goalscorers in the Premier League and Hodgson sees Antonio as someone who could be a valuable addition to his side for the second half of the season.

Antonio has made just four Premier League starts so far this season with youngster Grady Diangana currently ahead of him in the pecking order in Manuel Pellegrini’s plans.

Former Nottingham Forest and Sheffield Wednesday star Antonio could be tempted to leave West Ham away in search of regular first-team football if he continues to find his first-team opportunities limited at the London Stadium.

In other West Ham news, Football Insider can reveal a mega name has contacted the Hammers hierarchy about a sensational January return to the club.