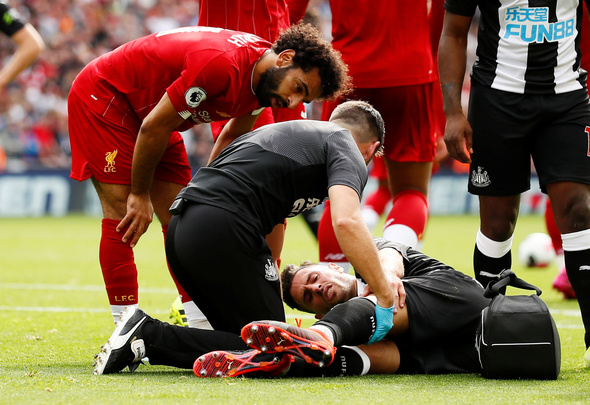 Danny Mills says that Newcastle United will have suffered a significant blow if Fabian Schar is missing for any length of time after an injury scare versus Liverpool.

The former Manchester City and England defender, speaking exclusively to Football Insider assistant editor Russell Edge, says that the Swiss international was “exceptional” for the Magpies last season and has continued to show his worth to Steve Bruce’s men this season.

The 28-year-old played 80 minutes of the 3-1 defeat to Liverpool on Saturday before being substituted through injury, Steve Bruce confirming the medical staff were hopeful it was cramp rather than a tear.

Mills admits that he is worried about Newcastle if they are missing the former Hoffenheim and Deportivo La Coruna defender, insisting they would be losing more than just a quality defender from their backline.

Mills told Football Insider: “I think he was exceptional last season, really started to come into his own. If he’s out for any length of time he will be a big miss.

“When you miss good players, (you miss) not just their ability to be good defenders; leadership qualities, organisational qualities, all these things are what you miss more than just the actual player.”

Schar has started every one of Newcastle’s five Premier League games this season, finding himself partnered alongside the likes of Jamaal Lascelles and Paul Dummett at the heart of the Magpies’ defence.

He has played 34 times across all competitions during his time at St James’ Park, 29 of those coming in the Premier League, with five goals and an assist under his belt.

In other Newcastle United news, Darren Bent has told Football Insider he is pointing the finger of blame at one Magpies star in their defeat to Liverpool.