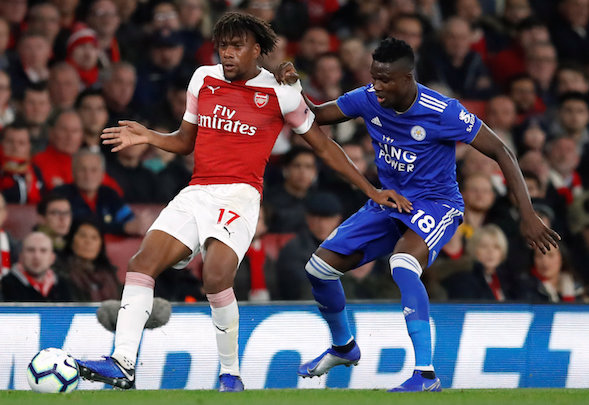 Danny Mills has suggested that Everton summer signing Alex Iwobi had gone “stale” at Arsenal prior to his move to Goodison Park.

Speaking exclusively to Football Insider, the former Manchester City and England defender suggested that the 23-year-old had gone off the boil a little bit in north London and that his move to Merseyside has brought the Nigerian international renewed vigour for the game.

Iwobi swapped the Emirates Stadium for Goodison Park after 149 games for the Gunners, with three appearances for the Toffees so far.

Having seen the 36-cap international score twice in his first two starts for Marco Silva’s men, Mills says that the winger is looking reinvigorated in his performances.

Mills told Football Insider: “I think sometimes you can go a little bit stale at clubs, especially when you’ve been there as a kid, you’re maybe not as appreciated as you deserve. He’s been given a fresh chance and a new challenge and it seems that excitement and endeavour is back.

“He’s already got himself on the scoresheet, which was questioned of him, which is fabulous. It looks like he has that renewed energy and sometimes it’s very, very simple. He probably just feels a little bit loved, a little appreciated.”

Iwobi opened his goal account for Everton in the League Cup win over Lincoln, while his first Premier League strike for the Toffees came in the 3-2 win over Wolves.

He scored 15 goals in his 149 games for Arsenal, 11 of which came in England’s top flight.

In other Everton news, Darren Bent has told Football Insider that one Toffee is a little lucky to have benched a Liverpool star while on international duty.