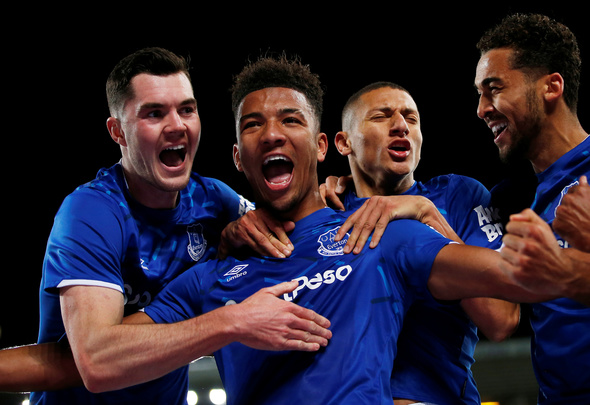 Danny Mills has suggested that Everton defender Mason Holgate needs to leave the club to boost his development with first-team football.

The former Leeds and England defender, speaking exclusively to Football Insider assistant editor Russell Edge, says that the 23-year-old has not quite lived up to expectations as yet, having been on the brink of the Toffees’ senior side for a number of years.

Holgate found himself shipped out on loan in January, joining Championship side West Brom for the second half of the season as the Baggies pushed for promotion back to the Premier League.

Having only recently broken back into the Everton team, an injury to Yerry Mina forcing Marco Silva’s hand, Mills says that another loan exit may be needed if Holgate is going to fulfil his potential either on Merseyside or elsewhere.

Asked if the defender had lived up to expectations, Mills told Football Insider: “No, maybe he needs another loan spell or whatever to get out and play consistently, week in, week out.

Prior to his start against Brighton over the weekend, Holgate had managed to play just 18 minutes of Premier League football this season, with a total of 41 top-flight appearances under his belt as a young talent.

He scored his first Everton goal in Tuesday night’s 2-0 League Cup win over Watford, heading home in what was his 54th outing for the Toffees.

In other Everton news, Football Insider can reveal that a left-footed player is very keen on joining Newcastle United from Goodison Park in January.