Danny Mills suggests that behind-the-scenes talks between Spurs manager Jose Mourinho and Danny Rose led to the defender being benched against Bournemouth.

The former Manchester City and England defender, speaking exclusively to Football Insider assistant editor Russell Edge, says that the left-back’s comments about his future suggest his heart is not in it at Spurs.

Having handed Rose Ben Davies’ place in the starting XI against Olympiakos last week, Mourinho opted to start Vertonghen for the 3-2 win over Bournemouth on Saturday. 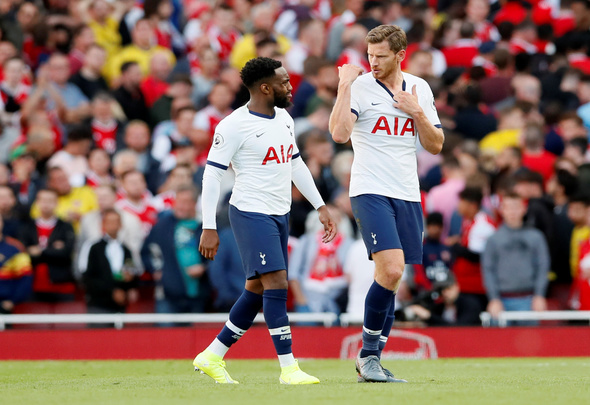 Mills says that Mourinho will have been talking with Rose over his position in north London and suggests he was benched as a result of those conversations.

“Danny Rose has made comments that he’s going to leave the club and that he’s not overly happy, that he doesn’t love football an awful lot,” Mills told Football Insider.

“Mourinho will be talking to him at the training ground and behind the scenes and if he doesn’t feel he is ready to give absolutely everything for the club, he won’t play, simple as that.

“We’ve seen that before with Mourinho, he’s quite happy to make those big decisions and leave players out if necessary.”

Rose has played 13 times across all competitions for Spurs this season, finding himself left completely out of the matchday squad in Mauricio Pochettino’s final game in charge of the club.

He revealed earlier this season that he would only leave Tottenham at the end of his contract in 2021, having been linked with a move away over the summer transfer window.

In other Tottenham news, Paul Robinson has urged a senior Spurs star to be axed in favour of an “outstanding youth talent.”