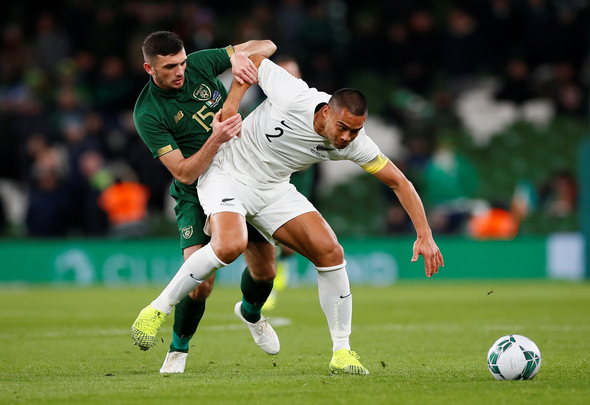 Danny Mills insists that West Ham defender Winston Reid can make a significant difference to Manuel Pellegrini’s side after stepping up his recovery from injury over the international break.

The former Leeds, Manchester City and England full-back says that the New Zealand international commands the respect of his teammates and has the leadership qualities to make a notable impact as and when he returns to the Hammers’ first-team.

Reid has not played for Pellegrini all season but did feature in his country’s international friendly with the Republic of Ireland, playing 45 minutes during a 3-1 defeat.

With the 6ft 3in powerhouse closing in on a return to full fitness at the London Stadium, Mills says he could make all the difference to the club’s defensive frailties this season.

Asked what impact Reid’s return to fitness could have, Mills told Football Insider: “Oh, in terms of experience just out on the pitch sometimes, pulling people together.

“Just a voice when things aren’t going quite perfect, a voice of authority, a commanding figure to say: ‘Right, we’re going to do this is what we’re doing, this is what I want you to do.’ It can make such a difference.

“It’s not always about how good the player is, it’s the authority that he commands, the respect he has from everyone else and that organisational skill.”

The 31-year-old has not played for West Ham since suffering a serious knee injury back in March 2018, a further setback meaning he missed the entirety of the 2018/19 campaign.

He has a total of 223 appearances for the Irons with 10 goals under his belt.

In other West Ham news, Darren Bent believes the Hammers would love to get their hands on an attacker who is ready to quit Premier League giants.