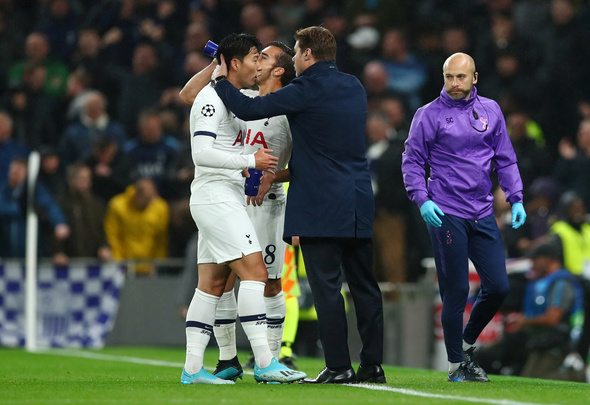 Danny Mills has urged Tottenham manager Mauricio Pochettino to axe at least one player and revert to a back four for their Champions League clash against Red Star Belgrade.

Speaking exclusively to Football Insider assistant editor Russell Edge, the former Manchester City and Leeds defender says that Heung-min Son needs bringing back into the starting XI after being benched against Watford, leaving one player facing the chop.

Pochettino started with a three-man defence against the Hornets in Saturday’s 1-1 draw, Davinson Sanchez finding himself hooked at half-time in place of his South Korean teammate.

Mills says that Pochettino needs to go back to basics by playing a flat back four, while also finding someone to replace in order to get Son in the starting XI.

Mills told Football Insider: “It’s a game they should win. He brought Heung-min Son on at the weekend, changed the formation and I think they should go back to a back four, I think that’s their best formation.

“Kane, Son – then who else do you play and what formation do you play in the midfield? It’s almost a game at home where you say: ‘Come on, just go out and play. Go out and get back to what you do, work hard and enjoy yourselves.’

“If they go out and do that, they’ve got enough talented players in that squad to cause them several problems.”

Son has played in seven of the club’s opening nine Premier League fixtures, the 1-1 draw with Watford the first league game in which he has not been part of the starting XI this season.

He has also played in both of the club’s Champions League fixtures, appearing as a substitute against Olympiacos and featuring for the full 90 minutes versus Bayern Munich.

In other Tottenham news, Paul Robinson has urged Pochettino to throw an unused player straight into the starting XI.