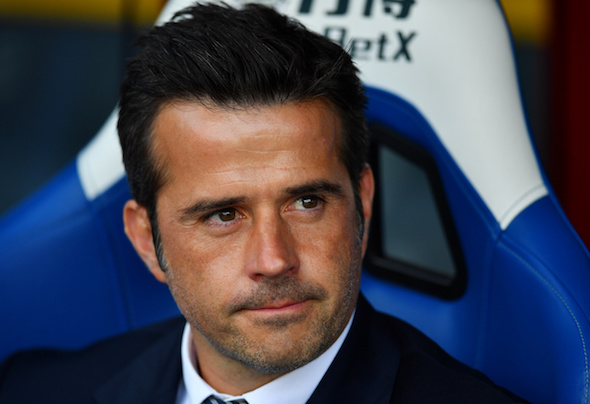 Darren Bent says that the recent form of young Everton striker Dominic Calvert-Lewin could help turn the club’s fortunes around as he calls the situation at Goodison Park a “recipe for disaster”.

Speaking exclusively to Football Insider assistant editor Russell Edge, the former Tottenham and England striker says that Marco Silva’s men are looking weak all over the pitch after their 3-1 defeat to Manchester City but that Calvert-Lewin could be the catalyst needed to take them in the right direction.

The 22-year-old scored a poacher’s effort against City, nodding home Seamus Coleman’s chipped effort on the line, having netted a brace against Sheffield Wednesday in League Cup last week.

Having seen the striker struggle in the opening weeks of the season, Bent says that his recent improvement in front of goal could help the Toffees transform their fortunes after a hit-and-miss start to the campaign.

Bent told Football Insider: “Calver-Lewin is doing what all strikers do, poach goals. I’d have been delighted with that one, they’re the best ones! When you’ve not got to think about it, you just let it hit your body and it goes in, they’re the best type of goals you can get.

“He scored the week before and now he’s scored that, that might just catapult him into a bit of form because they’re not prolific goal scorers down there at the minute, they’re not particularly defending that well, not scoring many goals – that’s a recipe for disaster.”

Calvert-Lewin has started five out of seven of Everton’s Premier League games this season, scoring in both of his last two top-flight outings for Marco Silva’s side.

The Portuguese boss also has summer signing Moise Kean and Cenk Tosun to call upon up front, while Richarlison has also featured as a centre-forward.

In other Everton news, Danny Mills has blasted a “daft” Toffees mainstay after the Manchester City defeat.