Speaking exclusively to Football Insider correspondent Laura O’Leary, the former England attacker claimed the Toffees hiring Ancelotti was a complete game changer for the club as they can now attract “big high-profile players.”

The Toffees confirmed Ancelotti’s appointment on Saturday ahead of the 0-0 draw with Arsenal and it was reported ahead of his arrival that world-famous striker Zlatan Ibrahimovic would be keen on joining the Toffees if the 60-year-old was appointed. 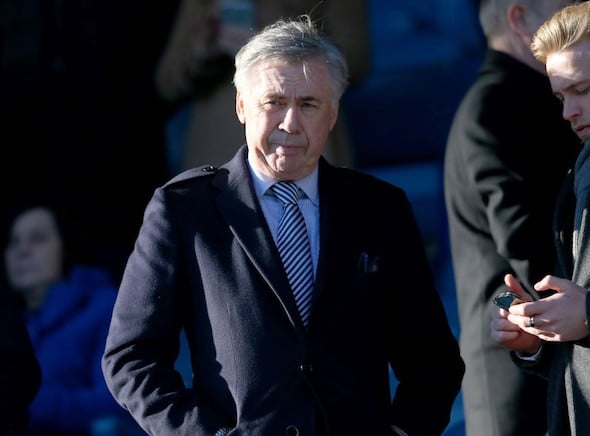 Bent explained that it wasn’t a coincidence that Ibrahimovic was now being linked to the Toffees due to Ancelotti and shared he thought the Italian manager’s presence will see the club finish higher in the Premier League than people expect next season.

When asked about Ancelotti’s appointment seeing the club linked with Ibrahimovic, Bent told Football Insider: “For Everton to go and get someone like him, it’s a complete game changer.

“And straight away, Everton are getting linked to big high-profile players, these things don’t just happen if you don’t have the right manager.

“Ancelotti comes in and all of sudden Everton are being linked with Zlatan, it’s not a coincidence that big managers get linked to big players.

“But once Ancelotti puts his own stamp on that team, gets the players he wants, I guarantee you that Everton will be a lot higher up in the league than people are thinking they’re going to be.”

The Toffees are currently 15th in the table after picking up just 19 points from their first 18 games of the season.

Everton are just four points off the relegation zone and are next in action against Burnley at Goodison Park on Boxing Day.

In other Everton news, it can be REVEALED that Carlo Ancelotti sought assurances over the futures of two players before agreeing to sign up as manager.