Noel Whelan is adamant that Said Benrahma would be a “fantastic signing” for West Ham as the club look to sign the Brentford attacker before Friday’s deadline.

The former Leeds United striker, speaking exclusively to Football Insider correspondent Dylan Childs, suggested that the 25-year-old is an upgrade on Felipe Anderson who joined Porto on loan last week.

Sky Sports claimed yesterday that the Hammers had agreed a £30million deal including add-ons with Brentford for the Algerian winger. 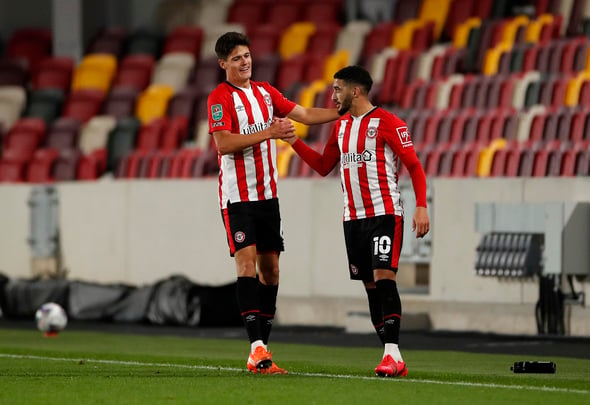 Benrahma‘s 46 appearances in the Championship last season yielded an impressive 17 goals and 10 assists as Brentford narrowly missed out on promotion.

He produced an eye-catching display in the EFL Cup earlier this month, scoring twice as the Bees beat Premier League Fulham 3-0 to reach the quarter-finals of the competition.

When asked by Football Insider if Benrahma would be a welcome addition at the London Stadium, Whelan said: “I think it would be a fantastic signing.

“They need a creative midfield player, someone who can open up a defence and he can do that. That is the one thing they are missing.

“Now that they have got rid of Jack Wilshere there is a space there and money available.

“This could be a really good move by West Ham. I think he will add something different to David Moyes’s side. If you can get him doing the hard yards as well, which he has done for Brentford, then it is a really smart move.

“They had to carry Anderson and you cannot do that in the Premier League.”

In other West Ham news, it can be REVEALED that the Irons have made a move to blow Celtic out of the water to sign £10m-valued ace.