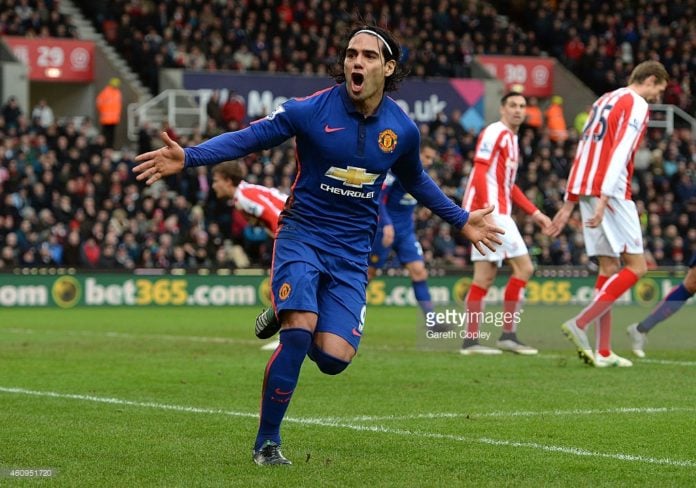 EXCLUSIVE | By Manchester correspondent Alex Stevens
Radamel Falcao has been offered to Arsenal after being told his Manchester United career is over, Football Insider sources understand.

The Columbia international has instructed his representatives to find him another club following United’s decision not to take up the option to extend his season-long loan into a permanent deal.
Manager Louis van Gaal informed the striker, 29, earlier this week that his record of four goals in 29 United appearances was not enough to justify his retention.
Falcao, who is represented by super-agent Jorge Mendes, is not expected to return to Monaco and will now look for a club who can come close to matching his salary expectations.
Arsenal were interested in taking Falcao on loan in the final days of last summer’s transfer window before completing a £16million deal for Danny Welbeck, who was replaced at Old Trafford by the Columbian.
It is unlikely that Arsene Wenger would be interested in taking on Falcao unless he considerably drops his wage demands.
Falcao, who seemed to wave goodbye to the crowd at Old Trafford after last Sunday’s game against Arsenal, was not in the United matchday squad for their final Premier League match of the season against Hull.
He will now attempt to use the Copa America as a shop window following a difficult 18 months in his career in which a knee ligament injury has been followed by difficulties with his form and fitness.