Kevin Phillips claims Mike Ashley may look to accept the new £350million bid for Newcastle United give the difficulties that the Amanda Staveley-led takeover has encountered.

The former England international, speaking exclusively to Football Insider correspondent Dylan Childs, revealed his empathy for supporters of the Magpies given the uncertainty that surrounds the takeover of the club.

Sky Sports revealed on Wednesday that the club had received a new £350million takeover bid from the chief executive of US TV company Clear TV, Henry Mauriss.

However, current owner Mike Ashley has already agreed the sale of the Magpies to Amanda Staveley’s Saudi-backed consortium.

A £300million deal was struck in April but the takeover is still pending approval from the Premier League.

When asked by Football Insider if Ashley will now look to sell to Henry Mauriss, Phillips said: “He will be very tempted.

“He is a businessman and he has already show that he does not care what people think.

“Ashley wanted more than 300 but he accepted that he was not going to get any more than 300, hence why he took their offer.

“But for someone to come in and offer an extra £50million, with all of the issues that have been raised with the Saudi-consortium, he might think that he cannot be stressed with it, take the £350million and have done with it.

“It is far from over the line but it throws a spanner in the works. 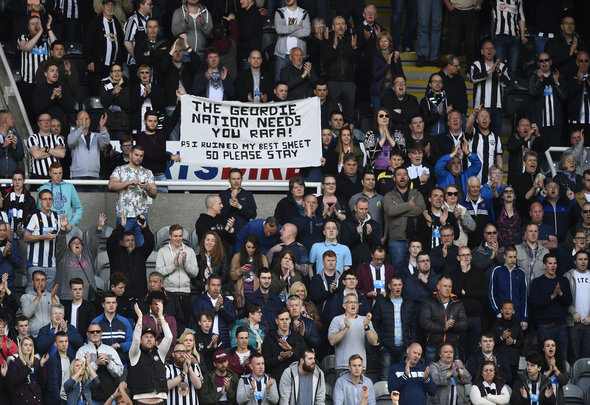 “I feel for the supporters because they do not know whether they are coming or going at the moment. One minute they are the richest club in the Premier League and now there is another bid.

“Hopefully it is resolved quickly.”

In other Newcastle United news, Danny Mills has told Football Insider he is “astonished” rarely-seen player is in line for year extension.