The former Gers and Scotland full-back, speaking exclusively to Football Insider assistant editor Russell Edge, says that the Light Blues will be hoping someone takes a “punt” on the 23-year-old speed machine after his lack of game time.

As revealed exclusively by Football Insider, Gerrard has decided to sell Barker less than a year after signing him from Manchester City, despite his dazzling performances at the Auchenhowie training ground. 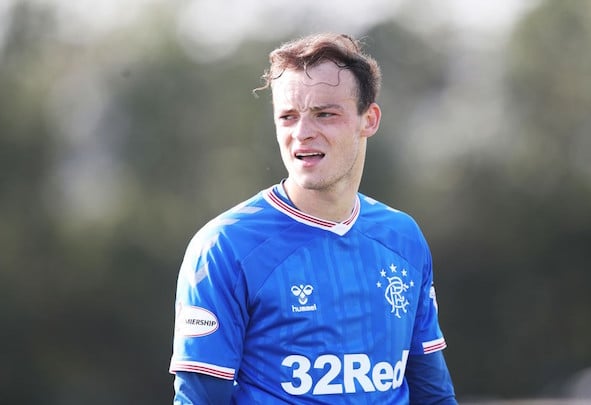 Hutton admits he has been bitterly disappointed by what he has seen from the winger this season, suggesting he could struggle to find a new club after a tough year at Ibrox.

Hutton told Football Insider: “It’s a shame because I expected big things from him, he constantly gave Rangers a tough time playing against them.

“He’s got great speed so I don’t get why he’s not been able to show that, we all know how quick he is. I don’t really know what’s going on behind the scenes, if he’s training hard enough, if he’s pushing hard enough.

“I do believe he’s got all the assets to be a very good winger so it’s a difficult situation. If you’re not playing regularly, it is difficult to move because you’re then looking for a team to take a punt on you and hopefully they can see and believe in what you’ve got.”

Barker has played 12 times for Rangers since his summer move, his one and only goal coming in a 3-1 win over Livingston.

He also gained Premiership experience on loan at Hibernian, making 30 appearances for the Edinburgh-based side.

In other Rangers news, it can be REVEALED how Ibrox chiefs have reacted to talk of 14-team league.