Speaking exclusively to Football Insider assistant editor Russell Edge, the former Gers defender and lifelong fan of the Bears insists that everyone needs to be at 100 per cent if they are to play on Thursday.

Steven Gerrard confirmed to the press that Tavernier was a doubt for their Europa League clash at Ibrox, although admitted he would give him until the last minute to prove his fitness.

🎙️ SG: Arfield is available, has trained the last few days. Ryan Jack won't make it. Defoe will be out for a couple of weeks with a calf problem. Tavernier didn't train today with a foot problem but will give him until the last minute to make it.

The 28-year-old, who has been a mainstay for the Gers all season, missed the 1-0 win over Ross County on Sunday.

With an Old Firm clash against Celtic following the Europa League tie, Hutton insists that Gerrard cannot afford to take a risk – even if it means leaving Tavernier out.

“It’s a difficult one, he’s obviously been a mainstay in the team, he’s the captain, he’ll want him fit and he’ll want to play,” Hutton told Football Insider.

“It depends on how bad the injury is, it just depends on how he’s feeling as a player. They said he trained one day and he aggravated it. You just can’t run it off, it’s one of those injuries that’s always there so he might struggle.

“If he is any doubt, these are games where you need everybody at 100 per cent so it’s a big call but Gerrard, you know he’s willing to make these big calls.

“These are massive games. I would rather have players at 100 per cent than not quite there because that’s when you get exposed.“ 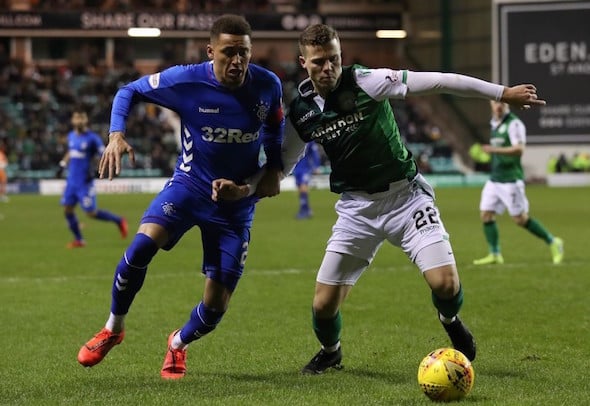 Tavernier has played 44 times already this season, including featuring in every single minute of the club’s Europa League campaign from the group stage.

The Light Blues beat Braga to reach the last-16 of the competition.

In other Rangers news, Hutton has tipped the club to open transfer talks for a 25-year-old.