Alan Hutton insists that it was a “no-brainer” for Wolves to extend John Ruddy’s contract and keep him at Molineux for another year.

The former Aston Villa and Scotland full-back, speaking exclusively to Football Insider assistant editor Russell Edge, claims the former Norwich stopper has a lot to offer the squad both on and off the pitch.

The club confirmed on Monday that they had triggered a one-year extension clause in the 33-year-old’s contract after appearing in every single matchday squad this season.

We have exercised an option in John Ruddy's contract to keep him at the club for 2020/21.

A number of @WolvesAcademy players have also earned new deals, while we wish those leaving the club all the best for the future.

As one of the oldest members of Wolves’ squad, Hutton insists that he is a valuable asset to Nuno Espirito Santo in the dressing room, as well as being a “great” goalkeeper out on the pitch.

Hutton told Football Insider: “You need experience, it’s a must and it’s not just because I’m older but I think it just helps so much, even when you’re not playing.

“You need people that have been there before and he fits that mould – plus, if he’s ever needed he’s a great goalkeeper as well.

“I think he ticks all the boxes and it’s a no-brainer. I think you need the right blend within a club and the good managers can see that so it’s an easy decision for me.” 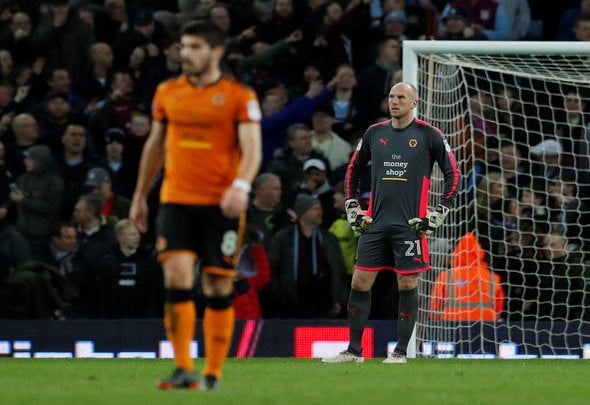 Ruddy, a one-cap England international with 118 Premier League appearances across his distinguished career, has a total of 60 appearances under his belt at Molineux but only six of those have come this season.

He has acted as Rui Patricio’s understudy since the Portuguese stopper’s arrival with just one Premier League outing since the club’s promotion in 2018.

In other Wolves news, Danny Mills has claimed that there is a “big bid” incoming for a Molineux ace.