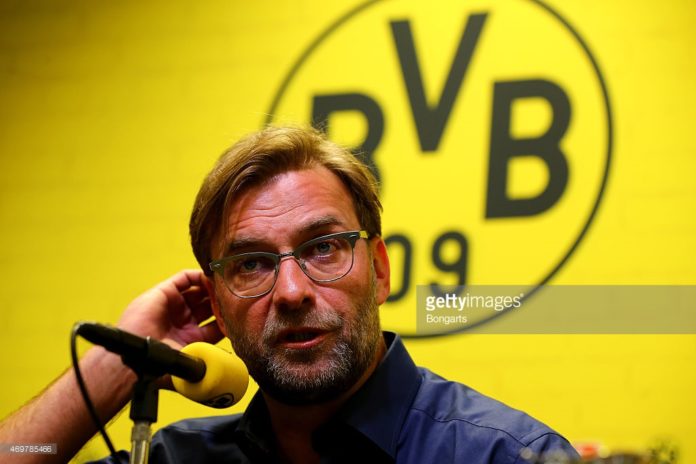 EXCLUSIVE |By Merseyside correspondent Cam Downes
Liverpool have been told they will have to wait six months before Jurgen Klopp is ready to be enticed to Anfield, Football Insider sources understand.

The Merseysiders have approached Klopp about replacing Brendan Rodgers but have learned that he wants to take a six-month sabbatical.
Liverpool are now set to stick with under-fire Rodgers, for at least the first few months of next season, despite the team’s disastrous finish to the season.
The Merseysiders lost 6-1 at Stoke City last Sunday to end the campaign in sixth place and Rodgers admitted afterwards that it would be justified if he was sacked.

Anfield officials have privately indicated that the club’s American owners, Fenway Sports Group, have not lost faith in him and that his position will not be on the agenda ahead of a pivotal meeting with FSG president Mike Gordon.
However, behind the scenes, Liverpool had compiled a three-man managerial shortlist in case they had decided to sack Rodgers.
They had a meeting with Klopp, who was their first-choice, made an approach for Rafael Benitez and considered a third un-named manager. However, Klopp informed the club he wants a six-month break from the game and Benitez is on the verge of being appointed the new Real Madrid manager.
Klopp, 47, will bring down the curtain on his seven-year Borussia Dortmund reign when he manages the team in next week’s German cup final against Wolfsburg.
View image | gettyimages.com
Rodgers has been given a stay of execution, partly due to a lack of viable alternatives, and he will be given the opportunity over the summer and at the start of next season to correct the errors of the last eight months.
He is set to fly out to Boston, where he will be grilled by Gordon as part of a thorough assessment of all areas of the club, including the first-team squad, the coaching staff and the much-debated transfer committee.
Talks will hinge on recruitment and this summer’s transfer market, with Liverpool already the frontrunners to capture James Milner from Manchester City and Danny Ings from Burnley.