Alan Hutton has tipped Neil Lennon to axe Olivier Ntcham and bring Ryan Christie back into the Celtic starting XI against St Mirren on Wednesday.

The former Rangers and Scotland defender, speaking exclusively to Football Insider assistant editor Russell Edge, admits it is hard to imagine the 25-year-old midfielder being left out of the side after his performances for the Bhoys.

Ntcham, 24, has started the last three league games for Lennon, while Christie only featured as a substitute in the 5-0 win over Motherwell at the weekend.

With games coming thick and fast for Lennon and his men, Hutton believes that the French midfielder could take his Scottish teammate’s place on the bench for the midweek tie.

Hutton told Football Insider: “They’ve got quite a lot of games and then they go back into Europe for the next qualifying round – they’ve got a very strong squad.

“When you speak about the likes of Christie, it’s hard to even see him being left out the starting team to be honest, maybe he just needed a little break but you would expect somebody like him to come straight back in.

“He gives you so much going forward, he could probably swap with Ntcham, even though I really like him as a player but it’s always good to freshen up the squad when you know you’ve got a lot of games coming up.”

Christie has scored twice and chipped in with a further two assists across all competitions this season.

Meanwhile, Ntcham notched up his first assist in the league this season against Ross County as he set up Kristoffer Ajer for the Hoops’ fourth goal.

In other Celtic news, there has been a big development in the Hoops’ bid to sign a £10million-rated talent from England. 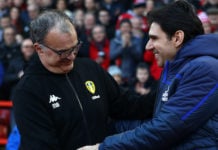