Paul Robinson insists the loss of Kevin De Bruyne would be a “huge blow” to Manchester City in the title races to come against Liverpool.

The former Spurs and Leeds United keeper, speaking exclusively to Football Insider correspondent Dylan Childs, reiterated his fear that City could have an exodus on their hands if the European ban is upheld.

In February the current Premier League champions received a two-year ban from UEFA competitions for breaches of the club licensing and financial fair play regulations. 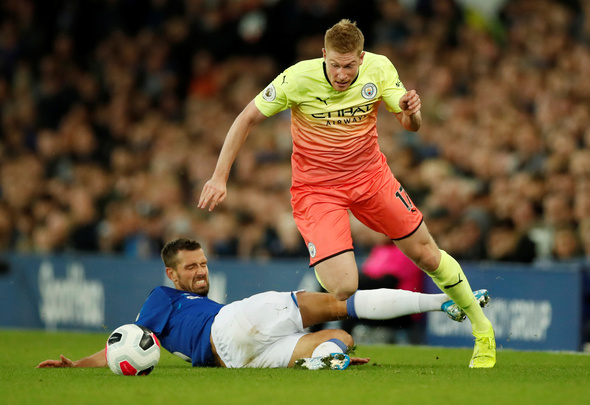 De Bruyne revealed to Belgian newspaper Het Laatste Nieuws he would consider his future at the club if the ban is upheld.

However, Pep Guardiola’s side have appealed the ruling that could have devastating consequences for the Premier League giants.

When asked by Football Insider if Manchester City’s loss would be Jurgen Klopp’s side’s gain, Robinson said: “It would leave a huge hole at Manchester City.

“I said this when the ban was announced if it was upheld and they were banned for two years you would suspect players with Champions League ambitions will make noises.

“Also, players using that as an excuse to leave the club.

“A player like De Bruyne will not have a shortage of takers.”

De Bruyne is widely recognised as one of the best players in the Premier League if not the world and has been an essential part of the success City have enjoyed under Guardiola.

The Cityzens are 25 points behind their title rivals this season and will be hoping to strengthen, not lose players, over the next year.