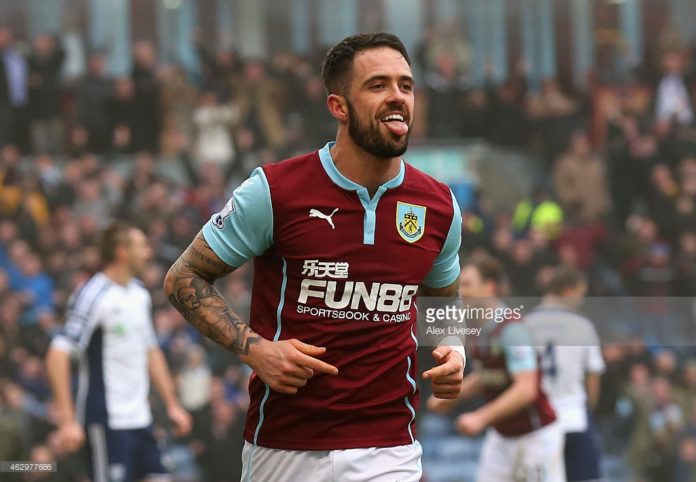 The Merseysiders will meet with Ings’ representatives to discuss bringing the 22-year-old to Anfield on a free transfer.
As reported by Football Insider, Liverpool are hopeful of beginning their summer spending spree with the signing of the Burnley man.
The forward is out of contract in the summer and has indicated that he will not sign a new deal with Burnley.
Manchester United and Tottenham have also expressed an interest in Ings but Liverpool believe they have put in enough groundwork to convince the player to move to Anfield.
He could be joined on Merseyside in the summer by two other new striker signings as the club press ahead with plans to overhaul their squad.
Divock Origi is set to make a permanent move to Anfield in the summer when he completes a season-long loan at Lille, while Liverpool are looking to add a third front man with Arsenal’s Theo Walcott and Borussia Dortmund’s Ciro Immobile among their targets.
The Merseysiders will create space in their squad by attempting to offload Mario Balotelli, Fabio Borini and Rickie Lambert, who are all deemed surplus to requirements.
Manager Brendan Rodgers wants strikers who can make an immediate first-team impact next season, even though the club’s American owners Fenway Sports Group have a policy of investing in youthful players who can be developed by the coaching staff.
Ings, 22, has been targeted on the back of a promising debut Premier League campaign in which he has scored nine goals.
He has not found the back of the net in nearly three months but there will be no transfer fee and his cost, youth, potential to improve and sell-on value have alerted Liverpool’s six-man transfer committee.