Millwall have made an approach to bring striker Lee Gregory back to the club on loan from Stoke City, Football Insider understands.

The Lions are hoping to complete a deal for the 31-year-old before the transfer window closes on Friday evening ahead of his other suitors Cardiff City.

A Millwall source told Football Insider that the club are keen to bring the former fan favourite back to The Den after he left the capital in the summer. 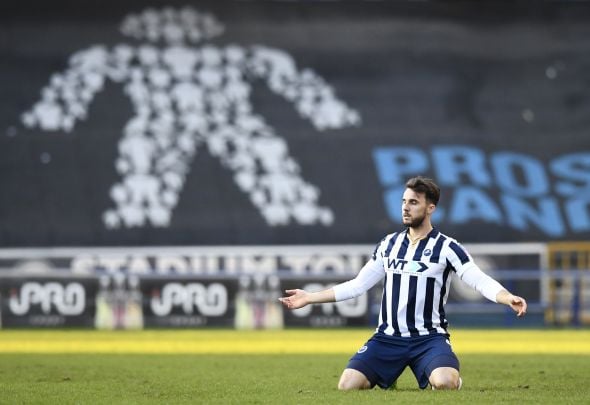 Gregory spent five years with Millwall after having joined the club from Halifax Town in 2014.

The hitman registered 238 appearances for the club, scoring 76 goals over the course of his career in London. He also managed 28 assists.

This season has been decidedly less fruitful, however, with the forward notching four strikes in 26 outings for his new club.

His last four appearances have all come off the bench after he found himself down the pecking order at the bet365 Stadium.

Despite his middling form, the Lions see Gregory as someone who can fire the goals to boost their promotion bid in the second half of the campaign.

They are currently three points outside of the the play-off places.

But Gary Rowett could face competition in his efforts to lure Gregory back to The Den.

As revealed by Football Insider earlier in the day, Cardiff City are also eager to land the striker, with Bluebirds boss Neil Harris keen for a reunion with the player he managed during his own spell at Millwall.

For his part, Stoke boss Michael O’Neill is open to letting Gregory move on as he looks to trim his squad and wage bill at the bet365 Stadium in an effort to  raise funds for signings of his own in the final hours of the transfer window.