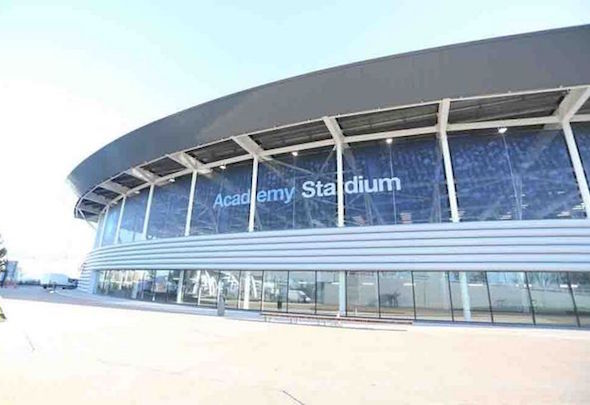 First published: 13th November, 2015, 1:31 PM
By Editor Wayne Veysey
Manchester City have beaten Arsenal and Liverpool to the signing of a 13-year-old wonderkid after offering an astonishing £750,000 deal, Football Insider sources understand.
City blew their fellow Premier League big hitters out of the water with a package described by one academy source as the “most lucrative he had heard of for a child of that age”.
The 13-year-old cannot be named for legal reasons but the staggering details of the deal to prise the youngster from Fulham have been passed on to Football Insider.
City have agreed to pay the Championship club £500,000 for the schoolboy sensation as well as a £150,000 payment to his mother and a further £100,000 payment to his agent.
The £750,000 deal is said to have been about three times more than what either Arsenal and Liverpool were willing to commit on the youngster, who is from Chiswick in west London. Both clubs held talks with Fulham but withdrew their interest once it became clear what City were willing to offer.
“The kid had been on the verge of joining us,” explained an Arsenal source to Football Insider. “We had seen him play on lots of occasions and we had been close to agreeing a deal with Fulham and his mother.
“Once we knew what Man City were doing we backed out of the deal. We can’t compete with that. The sums of money involved for someone so young are remarkable. They are the most lucrative I have heard of for a child of that age.”


The teenager is understood to have initially trained with the City academy a few months ago.
He follows Fulham academy graduate Patrick Roberts in making the journey from Craven Cottage to Etihad Stadium in recent times.
Roberts, 18, moved to City for an initial £4.5million rising to £11million last summer.