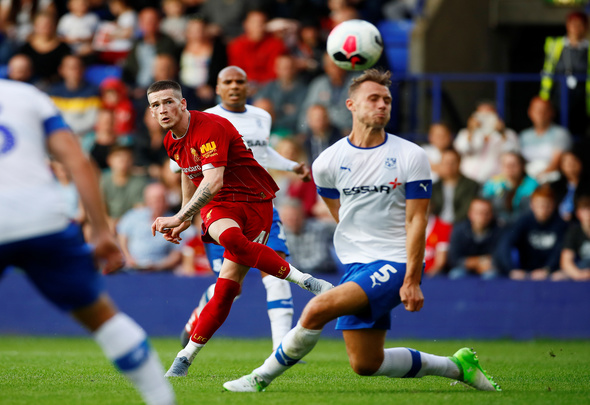 Liverpool winger Ryan Kent will see a move to Leeds United as a step up from playing at Rangers after the Whites launched a late move to secure his signing, according to Jackie McNamara.

Speaking exclusively to Football Insider, the former Celtic and Scotland defender says that the former Ibrox star, who spent last season on loan with the Glasgow giants, is likely to view playing in the Championship as a forward step in his career, despite having played in the Europa League with the Gers.

As revealed exclusively by Football Insider, Leeds have launched a late bid for the Liverpool wide man and are in crunch negotiations to try and get a move over the line.

McNamara says that Liverpool will have the final say as to where he ends up but that the player himself could be tempted in moving down a division in England to both further himself and remain close to home.

“Obviously Liverpool will dictate it (where he goes). He might see the Championship higher (than Scotland) possibly, unless he’s got the chance to play Champions League or Europa League group stages.

Kent was a star for Rangers last season, firing home six goals and setting his teammates up with nine assists in his 43 appearances for the Scottish heavyweights, Steven Gerrard’s team finishing as runners-up to Celtic in the league.

He also has 54 Championship games under his belt thanks to loan spells with Bristol City and Barnsley.

In other Leeds United news, Marcelo Bielsa is freezing out a senior outfield international and wants him gone as soon as possible.