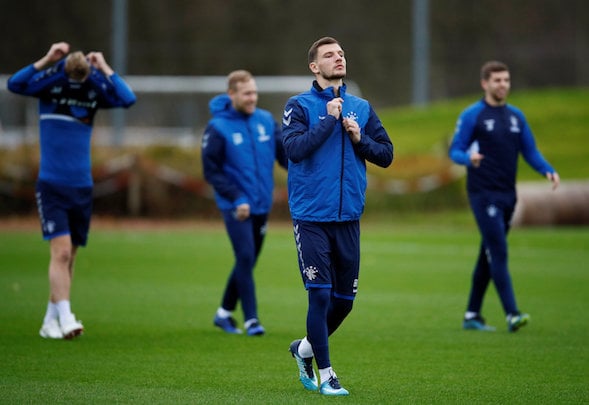 Jackie McNamara claims that the future of Borna Barisic is up in the air after he failed to cope with the demands of the Scottish game during his first season at Rangers.

Speaking exclusively to Football Insider, the former Scotland international claims that the Croatian international, who joined Steven Gerrard’s side from NK Osijek last summer, is yet to adapt to football in Glasgow and that his future could depend on what happens to others at Ibrox.

Barisic has been linked with a move to French outfit Dijon by Soccerlink.fr, the 26-year-old named as the Ligue 1 side’s preferred option to replace Oussama Haddadi this summer.

McNamara says that the Croatian’s future is up in the air at the moment and that the possibility of a second chance next season depends on who stays and who goes before the transfer window slams shut.

Asked about Barisic by Football Insider, McNamara said: “The demands sometimes mean they need time to settle in to the Scottish game. He’s been linked with a move but it remains to be seen whether he’s still there or he’s given a crack to get back in.

“It still depends on if everybody stays. He’s (Gerrard) said last week about Morelos, so I think a lot will depend on that and if he’s going to strengthen anywhere else.

“He’s got a lot of players on his books, he’d rather have a smaller squad of real quality.”

Barisic managed to make just 23 appearances for Rangers during his first season in Scotland, 16 of those coming in the Gers’ Premiership campaign as he battled with Jon Flanagan for a role in under Gerrard.

He also has seven caps for Croatia and arrived at Ibrox after impressing during their Europa League qualifying clash against Osijek.

In other Rangers news, it can be REVEALED that the club have reached a verbal agreement to sign an attacker valued at £10million-plus.