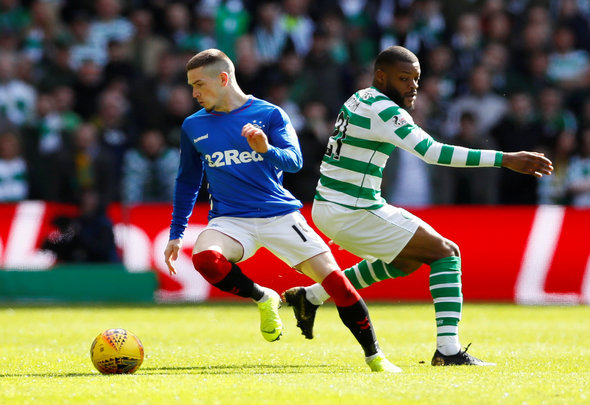 Jackie McNamara says that Rangers already have a replacement for Ryan Kent in the shape of new arrival Jordan Jones.

Speaking exclusively to Football Insider, the former Scotland star insisted that the former Kilmarnock man would have to show a higher level of consistency than at his old club if he is to make the grade at Ibrox.

The Gers faithful were treated to a number of dazzling performances from Liverpool loanee Kent last season, his six goals and nine assists across all competitions helping him earn the Scottish PFA young player of the year award.

Northern Ireland manager Michael O’Neill has claimed that Jones can provide the same exciting football as Kent and McNamara says Rangers will be hoping he can replace the Liverpool man.

“I think that’s something they’re hoping to do (replace Kent) and why they’ve brought him in,” McNamara told Football Insider.

“He’s got pace and he did well for Kilmarnock. At Rangers it has to be every game, that consistency, and that will be what Rangers are hoping for, that he can come in and settle straight away.

“(He needs) to be consistent and handle the demands of the Rangers fans.”

Jones, who has five caps for Northern Ireland under his belt, featured 35 times for Kilmarnock during the 2018/19 campaign, scoring four goals and chalking up another four assists.

The Middlesbrough born winger has a total of 98 Premiership appearances to his name and arrives at Rangers on a free transfer.

In other Rangers news, Darren Bent made an EXCLUSIVE confession about a potential move to Ibrox.