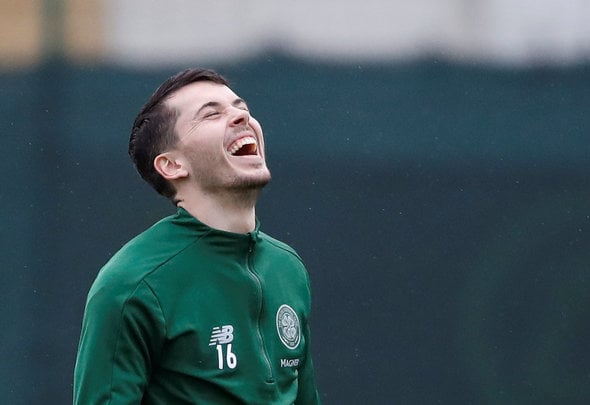 Jackie McNamara says that Lewis Morgan could save Neil Lennon millions of pounds at Celtic after impressing in the club’s Champions League qualifying clash against FK Sarajevo.

Speaking exclusively to Football Insider, the former Parkhead star claims that the 22-year-old winger is going to stake a claim for a role in the first-team as Lennon looks for a squad full of quality.

The two-cap Scotland international, who spent last season on loan in England with Sunderland, came off the bench in Tuesday’s 3-1 victory and made an immediate impact in his 25-minute cameo by setting up Scott Sinclair for their third goal.

McNamara says Lennon needs as many as 20 players of a certain quality to compete on all fronts this season and that the rarely-seen Morgan could save his manager millions in transfer fees if he can prove his worth this summer.

“Now he’s back from his loan at Sunderland, he’s going to stake a claim,” McNamara told Football Insider.

“Is he going to go and push for Neil’s team after being out on loan last season? I thought he did well for the cross for Sinclair’s goal, I think that will give him confidence to get back in. Neil’s going to need not just 11 players, he’s going to need a good 18 or 20 players this season if they’re going to compete.

“I think Neil will want that competition, the young ones pushing them, rather than going and spending a few million pounds on somebody else coming in. He’ll want someone saying: ‘I’m ready, you don’t need to buy someone else.’ There is a lot of pressure on them, the kids are not used to that pressure.”

As stated by McNamara, Morgan spent the second half of last season on loan at League One side Sunderland, having featured just 13 times for the Hoops in the opening half of the campaign.

He made 22 appearances for the Black Cats, scoring twice and chipping in with four assists, but was unable to help them secure a return to the Championship as they suffered defeat in the play-off final.

In other Celtic news, it can be REVEALED that the club are plotting a raid to sign a £15million star who has a brilliant goalscoring record.