Michael Brown admits it is “unlikely” that Leeds United will get anything out of Saturday’s visit to Liverpool.

The former Manchester City and Tottenham midfielder, speaking exclusively to Football Insider assistant editor Russell Edge, believes the Reds “have a point to prove” after many pundits tipped them to finish behind Pep Guardiola’s side this season. 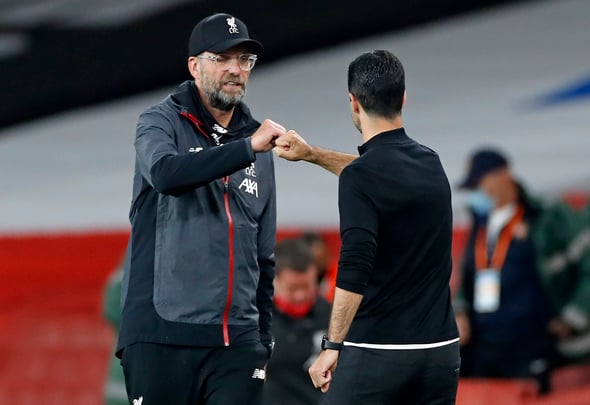 The last meeting between the two ended in a 2-0 win for Liverpool in a League Cup clash, while the last league game ended in a 2-2 draw back in 2004.

Brown believes that an opening-day trip to Anfield is something of a “free hit” for Leeds and believes the Whites’ return to the top flight will end in defeat.

Asked if Bielsa’s men could take anything from the clash, Brown told Football Insider: “You never say never but you would say it would be unlikely with such a strong Liverpool side, they’ll have a point to prove and will want to have a good start like they did last season.

“There’s a few people questioning can they win the title again? We’ve seen all the predictions from all the pundits that I was involved with at the BBC and you sort of see they’re just pipped by Manchester City.

“They’ll want to prove everybody wrong. They’ll want to set a tone but it’s a really exciting game for Leeds United for me, it doesn’t get better than going away to the champions and you get a free hit.

“‘Here we are in the Premier League, try and make a good account but it doesn’t necessarily be a problem on the first day.'”

Leeds’ last win over Liverpool came back in April 2001 when goals from Rio Ferdinand and Lee Bowyer sealed a 2-1 win under manager Gerard Houllier.

The Whites’ first home game will see them play host to fellow promoted side Fulham.

In other Leeds United news, Noel Whelan has been left blown away by a 16-year-old who “stood out like sore thumb” in EFL Trophy.