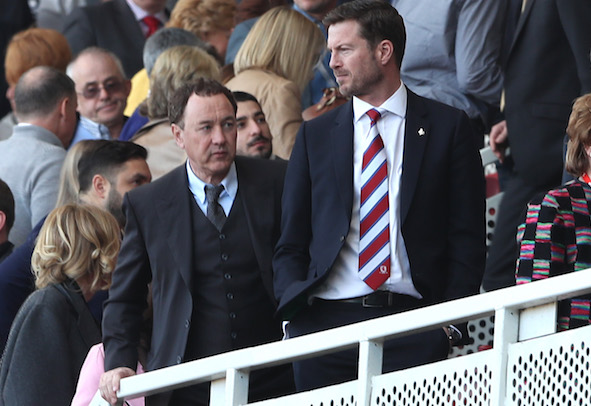 Becker is out of contract at Eredivisie side ADO Den Haag and Middlesbrough are keen to lure him to the Riverside.

The Championship big hitters are in the market for speedy wide men this summer as they look to add pace and creativity to their side for next season and Becker fits the bill as they type of signing they are pursuing.

A Boro source has told Football Insider that negotiations over a Bosman free are advanced and the club are hopeful of securing the signing of the 24-year-old.

The former Ajax youth product is predominantly a right-sided winger, but he can also play in attack and his arrival would be a major boost for a Boro side who struggled for goals last season.

Becker had a fine 2018-19 campaign for Den Haag, scoring eight goals and providing 11 assists in 35 games in all competitions.

Despite currently being without a manager following Tony Pulis’ departure at the end of the season, Middlesbrough are pushing ahead to try and secure a deal for Becker amid competition from a number of other clubs chasing the free agent.

In other Middlesbrough news, Football Insider can reveal Fulham have set their sights on signing Riverside 26-year-old on big wages.