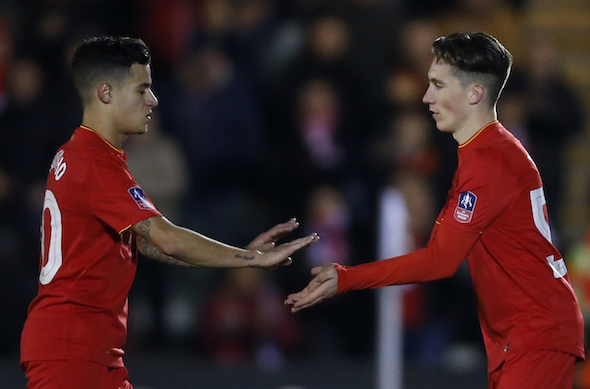 Jurgen Klopp is facing the prospect of having an unhappy Harry Wilson at Liverpool next season if he cannot give the winger regular game time, according to Danny Mills.

The former Leeds and England defender, speaking exclusively to Football Insider, says that the 22-year-old will have enjoyed his first-team role on loan at Derby County and that he will not be satisfied with limited appearances at Anfield.

Wilson featured 49 times across all competitions for the Rams, helping Frank Lampard and his team to the Championship play-off finals.

With nearly half a century of games to his name at Pride Park, Mills suggests that he will not be too happy going back to playing second fiddle to the senior stars on Merseyside, with more established players already taking up space on the bench.

Mills told Football Insider: “I think he’s a player of quality. It will be interesting to see whether Harry Wilson can break into the Liverpool squad of 25. That’s not going to be easy with Liverpool having an abundance of talent in those areas.

“It’s whether, is he best to sit on the bench at Liverpool bearing in mind the players you’ve got that aren’t going to be guaranteed starters. Breaking in is going to be difficult.

“Once a player has had first-team football regularly, they don’t really want to drop back to getting a handful of appearances at best off the bench.”

Wilson stood out as one of the Championship’s top performers last season, scoring 16 goals in 43 appearances, while he managed to add another two goals from his six cup outings.

In other Liverpool news, it can be REVEALED that a Reds midfielder is in talks to join a new club for next season.