Danny Mills expects Everton not to replace Cenk Tosun if the striker leaves the club by Monday night.

Speaking exclusively to Football Insider, the former England and Manchester City defender claimed “master tactician” Carlo Ancelotti will be able to come up with a plan B if Dominic Calvert-Lewin is unavailable.

The Liverpool Echo report Tosun was left out of their matchday squad against Newcastle United on Saturday as he is being lined up for a loan move. 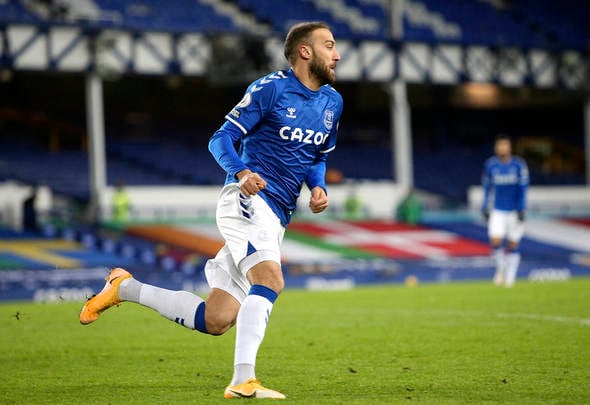 The BBC report the 29-year-old’s former club Besiktas and CSKA Moscow are both interested in signing him.

It would leave Everton with just Calvert-Lewin as their only senior striker but Mills believes they do not necessarily need to add more firepower.

He told Football Insider: “They can probably manage without him, we’re halfway through the season now.

“Touch wood nothing happens to Calvert-Lewin of course.

“Richarlison can play up there, they can play that fluid front three or four that can mix around. They’ve got younger players coming through.

“They can maybe chance their arm through to the summer.

“I don’t think there’s any desperate need because you’d have to be looking at Calvert-Lewin being out until the end of the season, touch wood of course.

“Every club is in a similar sort of situation thinking ‘If our main striker gets injured, who’s our back up?’

“Again, they’ll be aware of the situation but I think they’ve got enough quality players in reserve where they’ll be able to cover and make it work.

“Ancelotti is a master tactician, he’s been there, seen it, done it, many, many times. They will be aware if something happens to Calvert-Lewin they’ll have a plan B.”

In other news, finance expert Keiran Maguire has shared an Everton FFP claim amid a major transfer update.