Danny Mills admitted that Everton are taking a “risk” in signing James Rodriguez with the “top quality” Real Madrid midfielder expected to have a medical today.

Sky Sports revealed last night that Rodriguez and Napoli midfielder Allan have arrived in the UK to undergo medicals today ahead of moves to Goodison Park.

Rodriguez was signed by Ancelotti in 2014 and 2017 while the Italian was in charge of Real Madrid and Bayern Munich, respectively.

He made just 14 appearances for Zinedine Zidane’s side last season and featured predominantly as a substitute as the Spanish giants were crowned La Liga champions.

When asked by Football Insider if the attacking midfielder’s lack of game time last year makes the transfer a potential risk, Mills said: “There is a risk.

“But there is always a risk, even when you bring in a player of quality, as to how they will settle and how they will fit into the Premier League.

“But Rodriguez is a top-quality player. Under-pressure he will produce quality. That signing shows the strength of Carlo Ancelotti and his ability to speak to players and attract top players.

“Ancelotti knows the player, they have a very good relationship and they will understand each other. That is clearly a massive part of the deal and why James Rodriguez is on his way to Everton.” 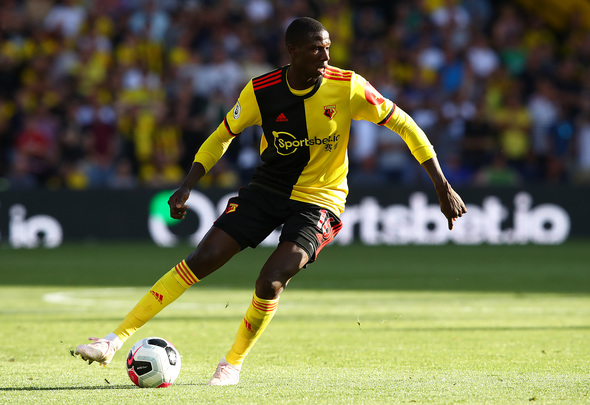 Rodriguez looks set to spearhead a new-look Toffees midfield next season with Allan and Watford’s Abdoulaye Doucoure also set to join the club.

Football Insider revealed last month that Doucoure had been offered a £120,000-a-week deal to swap Vicarage Road for Goodison Park.