Paul Robinson is convinced that Edinson Cavani would be an “outstanding” signing for Tottenham Hotspur after major transfer developments this week.

Speaking exclusively to Football Insider, the former England international suggested that the Uruguayan could be the perfect man to provide cover and assistance for talisman Harry Kane.

Sky Sports revealed on Monday that Cavani has handed in a transfer request with current club PSG after struggling for much of the season with injury issues. 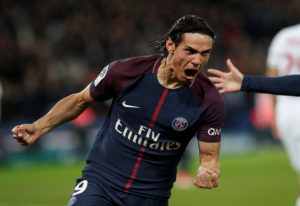 With Kane currently sidelined too – and not expected back until April – Robinson has claimed that the 32-year-old could be the ideal player to deputise for him.

“I think Spurs now, the way that things are, it’s a difficult one. Harry Kane, when he comes back he plays, so you’re looking at somebody like Cavani as a short term fix to stay for next year and play a bit-part,” he told Football Insider.

“At his age, it would be a perfect role for him.

“Next year, having him and Harry Kane in the squad would be outstanding.”

Cavani has established himself as one of the most potent strikers in Europe since completing a move to PSG from Napoli back in 2013, and he has 198 goals in 293 games for the French champions. 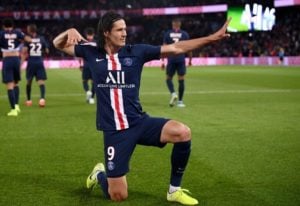 This season has been less fruitful for the South American, however, with just five strikes in 14 outings.

Aforementioned injuries and the arrival of Mauro Icardi on loan from Inter Milan have seen the forward drop down the pecking order in Paris, which has subsequently led to him expressing his desire to seek a new challenge elsewhere.

In other Tottenham news, Paul Robinson claims there is ‘no chance’ of Spurs landing 23y/o reported target this month.