The former England number one, speaking exclusively to Football Insider correspondent Dylan Childs, claimed the 29-year-old has looked “edgy’ and “nervous” between the sticks since the restart.

On the first game of the Premier League’s return a goal-line technology error saved the Norway international’s blushes after he carried an Oliver Norwood free kick into his own side netting. 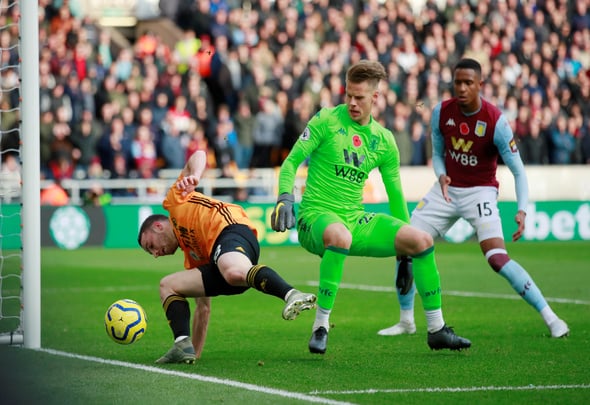 Nyland was also unconvincing in the 1-0 loss to Wolves on Saturday and nearly gifted Diogo Jota a goal after a misplaced throw.

Robinson fears’s the shot-stoppers confidence will have taken a hit over the past two weeks.

“I was surprised at his inclusion in the first place,” he told Football Insider.

“It is Dean Smith’s preference but Pepe Reina was brought in for a reason. He has the experience of the Premier League and gives you stability there.

“The team have not been playing well. They have been conceding goals and Nyland looked edgy and nervous against Wolves. Villa do not need that with the position that they are in at the moment.

“I suspect that the past few games have affected Nyland’s confidence and if he plays again the next two games are not the easiest!

“Smith has given him his vote of confidence but it will be interesting to see if he sticks with him over Reina.”

Villa desperately need a result at Anfield this Sunday with West Ham and Brighton having extended the gap between themselves and the bottom three.

The Reds fresh off the back of sealing their first league title in 30 years.

In other news, it can be REVEALED Wolves have opened talks to sign Aston Villa star.