Speaking exclusively to Football Insider, the former Aston Villa and England striker claimed the 6ft 3in ace could also offer Marcelo Bielsa a “plan B” that they have been crying out for.

Football Insider revealed this week Bielsa has a “concrete” interest in the 23-year-old who is attracting attention from a host of Premier League clubs. 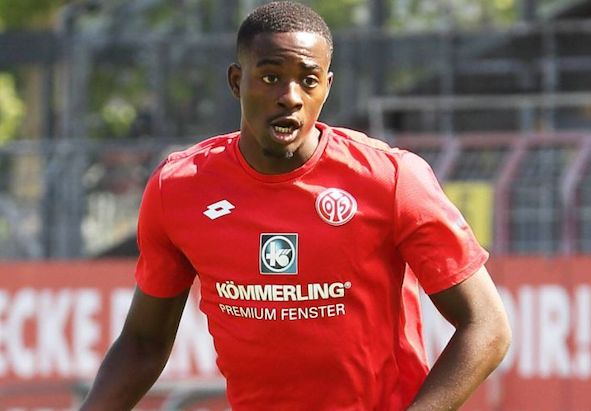 Mateta is dominant in the air and has found the net on seven occasions in 14 Bundesliga games this season, including a hat-trick in Mainz’s only league win – a 3-1 victory over Freiburg.

Leeds have struggled to defend set-pieces this term and have conceded 10 goals from corners and free-kicks – the most in the Premier League.

In the Whites’ starting XI against Tottenham last Saturday only goalkeeper Illan Meslier and defender Luke Ayling stood taller than 6ft 2in.

And Agbonlahor has claimed Mateta’s height could prove to be vital in both boxes.

He told Football Insider: “He [Mateta] can help at the back with set-pieces where Leeds have struggled with and he can help in the other box.

“I think it would give Leeds another option, Bamford could come off and play in the hole. With a big striker, they could play together.

“It just gives them a plan B, doesn’t it, which they have struggled with in certain games.”

Mateta moved to Mainz for a £7million fee from French side Lyon in June 2018 after catching the eye on loan at La Harve.

The 11-time France Under-21 international netted 17 goals in 35 games in France’s second tier.

In other news, a top pundit has shared his Leeds United fears after some troubling Kalvin Phillips news.