Danny Mills has tipped Rangers to sign Ryan Babel this summer after the player admitted he would be open to a reunion with Steven Gerrard.

Speaking exclusively to Football Insider correspondent Dylan Childs, the former Manchester City full-back suggested the 33-year-old would enjoy similar success to Jermain Defoe at Ibrox if he was to complete a move.

Babel played with Gers manager Gerrard at Liverpool between 2007 and 2011, scoring 22 goals and providing 18 assists in 146 appearances. 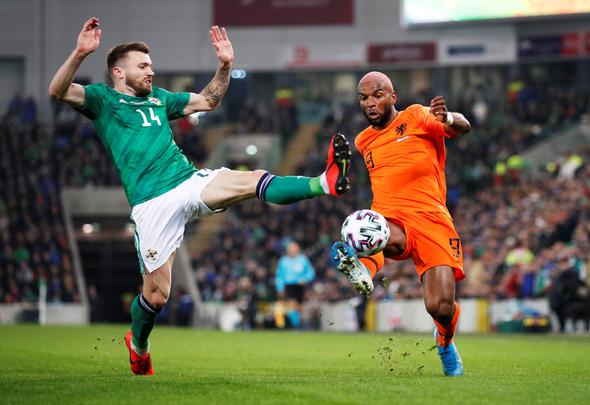 The winger, currently at Ajax, admitted in a Q & A with Sport Bible that he would consider a move to Glasgow to reunite with his former teammate if the opportunity presented itself.

The Netherlands international is available on a free this summer with his contract with the Eredivisie giants expiring at the end of June.

When asked by Football Insider if a deal would work for both player and club, Mills said: “He is coming towards the end of his career now but Defoe has gone there and done well.

“It would be a good move for him. A manager that he knows through his playing days and I think he would be successful there.

“If he wants to play regularly, and Rangers get a decent player on a reasonable wage, it is a win-win for everybody.”

The Dutch league was cancelled this week as Babel and his Ajax teammates were denied the Eredivisie title after it was decided there would be no champions, promotions or relegations.

The former Liverpool winger has also played for the likes of Fulham, Galatasaray, Besiktas, Hoffenheim and Deportivo La Coruna during his 16-year career.