Paul Robinson revealed he was impressed by how Celtic goalkeeper Fraser Forster had managed to reignite his career.

Speaking exclusively to Football Insider correspondent Laura O’Leary, the former England shot-stopper shared that he thought Forster had failed to fulfil his ability for the last two or three years when at Southampton.

Forster joined Celtic on loan from the Saints in August 2019 and has so far racked up nine clean sheets in 20 appearances this season.

Robinson explained that Forster seems to be enjoying his football again and acknowledged that he could excel in Neil Lennon’s side.

When asked about whether Forster was on course to be the best keeper in Scotland again, Robinson told Football Insider: “It was a change and move he needed to reignite his career and it’s worked for him.

“Forster has played 19 games since going back up there and when you look at him, two seasons ago he wasn’t a fraction of the man that Southampton paid £10million.

“But now he seems to be enjoying his football again, he seems comfortable, and at 31-year-old he still has a long time left and a lot to give.

“His ability is undoubted but he failed to fulfil his ability for the last two or three years in England since he signed his contract with Southampton.

“He was frozen out and you lost the love of football, but Celtic was a fresh challenge, he needed a new manager’s force.

“And he clearly feels at home at Celtic so it seems like somewhere he will excel.” 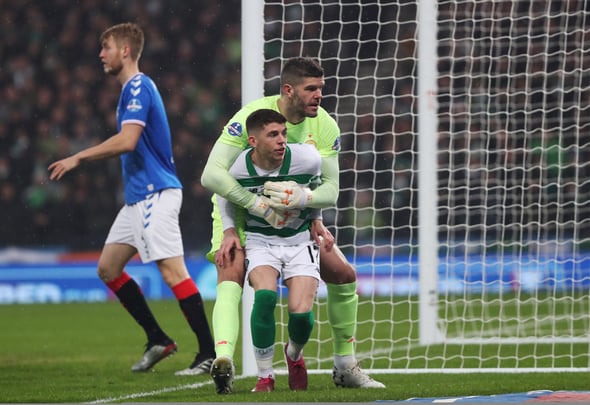 The 31-year-old lifted his first piece of silverware of the season with Hoops on Sunday by being part of the side that beat Rangers 1-0 in the Scottish League Cup final.

Forster’s loan from Southampton is due to end at the end of the season and he is contracted to stay with the Premier League club until 2020.