Paul Robinson believes Newcastle United have been dealt a bitter blow with the injury suffered by defender Ciaran Clark.

The former Tottenham and England goalkeeper, speaking exclusively to Football Insider assistant editor Russell Edge, insists that the Republic of Ireland centre-back has been one of the Magpies’ best and most consistent performers this season.

Speaking ahead of their game against Crystal Palace, Bruce confirmed that the 30-year-old had “badly twisted his ankle” and that they are expecting there to be some degree of ligament damage once he has been assessed by a specialist.

SB on Ciaran Clark: “It’s a nasty one, that’s for sure. We’re not too sure on how long [he’ll be out] but he goes to see a specialist this week. He’s in a boot at the moment and has badly twisted his ankle. The severity of the ligament damage we’re not too sure of yet.” pic.twitter.com/lkR4WqIclm

Having seen the former Aston Villa man establish himself as a mainstay at the heart of the defence, Robinson insists it is another bitter pill for Bruce to swallow.

“Every time they seem to play they seem to lose a player but Ciaran Clark, for me, he’s been one of, if not the best player this year. He’s come back into the side, he’s been hugely improved – at his age as well. 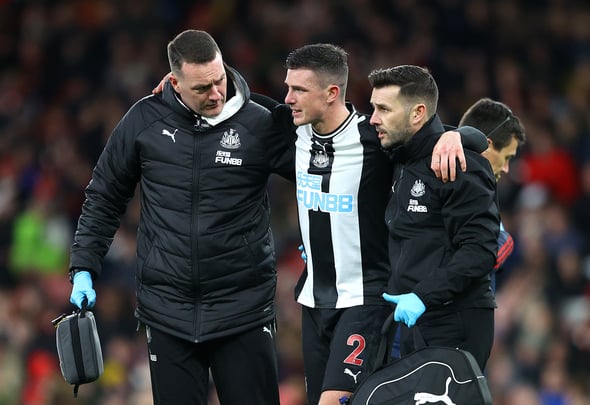 Clark has featured 17 times for the Magpies this season, with two goals under his belt so far.

Bruce has the likes of Jamaal Lascelles, Federico Fernandez, Fabian Schar and Florian Lejeune to call upon in his absence.

In other Newcastle United news, Danny Mills admits his heart bleeds for Steve Bruce after an update from St James’ Park.