Paul Robinson insists that Aston Villa striker Andre Green will be “on trial” until the end of the season during his loan spell at Charlton Athletic.

Speaking exclusively to Football Insider assistant editor Russell Edge, the former Leeds and England goalkeeper believes the 21-year-old’s form at The Valley will determine his future at Villa Park.

As revealed exclusively by Football Insider, Green’s future is up in the air as his current contract comes to an end this summer, although his early form with Charlton could see them trigger a 12-month extension or even earn him a new deal. 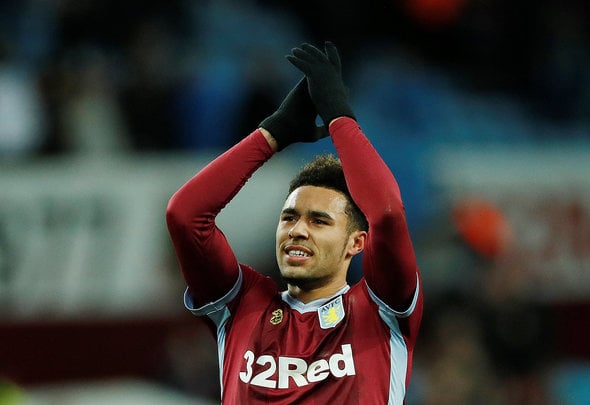 Robinson says that former teammate and current Addicks boss Lee Bowyer is the perfect man to get the best out of the Villa loanee and that the youngster is playing for his future at his loan side.

“It’s been a good move for him, especially playing under a manager like Lee Bowyer who I played with at Leeds,” Whelan told Football Insider.

“Knowing the type of character that Bowyer is, players will respond to him, they’ll relish working under a manager like him, his character, and it’s clearly working for Green, it’s been a good move.

“It’s a trial for him, he’s on trial until the end of the season as to whether he gets a contract at Aston Villa or whether he moves on from there.

“He’s got a shop window now to show people what he can do, his ability, his goal-scoring abilities and earn himself a new contract or have the luxury of choosing because he’s had such a good three or four months.”

Green has played 49 times for Villa’s first-team to date, the majority of appearances coming from the substitute’s bench, scoring twice.

He has six games and two goals under his belt for his current loan side, having played the same number of matches for Preston North End during the first half of the season.